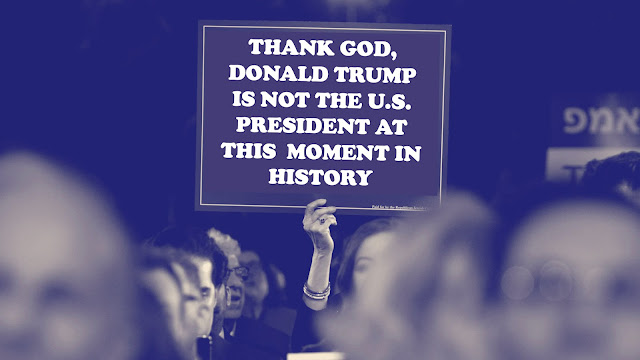 By Akin Ojumu
Of all the many strategic mistakes Putin has made in his current invasion of Ukraine, none is greater than his misjudgment of how Western nations would respond to his unprovoked acts of aggression.
For years, Putin has been sowing seeds of discord in Europe and the United States with the hope of breaking the bond of the Western alliance. He attempted to weaken NATO and tried to turn the European Union into a disunited toothless organization.
Aiding and abetting Putin in his effort are political leaders, news media personnel, and other prominent persons in the West. Among these Putin’s enablers – aka useful idiots – are people like Nigel Farage, a leader in the UK Far Right and Tucker Carlson, a Fox News TV host and right-wing commentator.
In the deep pond of useful idiots, no fish is bigger and more influential than Donald Trump. This was a man who spent his one-term presidency wreaking havoc on the Western alliance from the inside. As POTUS, one of Trump’s highest priorities seemed to be his desire to blow up NATO, torpedo the strong bond between the United States and Europe, and empower Vladimir Putin. By the time Trump left office, the western alliance had become frayed and distrust among member nations was at an all-time high.
Surveying the West from his Kremlin perch, Putin must have concluded his objectives have been accomplished. He believed he had succeeded in breaking or weakening Europe. In his evil feral eyes, the West has become too disunited to mount meaningful counter measures against any aggressive move he might make.
To some extent, Putin was correct in his assessment of the will of the West to band together against his madness. Trump’s 4-year presidency has robbed the U.S. of his influence and eroded its standing on the world stage. Europe could no longer depend on the U.S. to provide leadership in the time of crisis. The Putin sponsored and financed Brexit has practically severed the U.K. from the rest of the European Union. France, at the throes of rising nationalism, is at loggerheads with the U.S. Germany is undergoing a leadership transition after 16 years of Angela Merkel as Chancellor. Italy, Spain, Netherlands, and other European nations are grappling with their own internal conflicts.
Adding all these turmoil and confusion together, Putin determined now was the time to fire the first salvo in his imperial aspirations. Considering that his annexation of Crimea and his other acts of aggression went on challenged, he surmised there'd be little or no repercussions if he invaded Ukraine.
Well, he was monumentally wrong. On one hand, Putin overestimated the impact of the damage Trump had done to Western alliance. And on the other hand, he underestimated the effect of not having as the leader of the free world a useful idiot who, working from the inside, would pose an impediment to the unity among Western nations at a time of crisis. In a historic miscalculation, Putin failed to anticipate the visceral repulsion of the entire world to his unprovoked invasion of a peaceful sovereign nation. Never in his wildest dream did he expect the level of anger against his act of aggression.
Unprecedented economic and financial sanctions have been imposed on Russia, Putin, and his Oligarchs. The U.S., E.U., Britain and Canada have all agreed to kick Russian banks from the international system of payments known as SWIFT and to restrict Russia’s central bank from using its storehouse of hundreds of billions of dollars’ worth of international reserves to undermine the sanctions. All these measures have upended Russia’s economy and have left it reeling.
As many as twenty-six European nations have placed Russia on their no-fly lists. For the first time in history, NATO Response Force has been deployed to Eastern Europe. To further isolate Russia, the country has been banned from participating in sporting competitions. In addition, spontaneous demonstrations and protests against Russia are occurring around the world and even within Russia itself.
Much more importantly though, Putin never counted on the ferocity of resistance the Ukrainian people would mount to the invasion of their homeland. In his insane mind, he probably thought the Ukrainians would simply rollover, shower his soldiers with roses, and welcome them as glorious liberators. Instead, the only shower the Russian troops have received is the barrage of stinger missiles and Molotov cocktails all which have inflicted severe damage on his troops killing many and destroying his military hardware.
Like never before, Putin is being shown what it looks like when the world comes together in unity against the oppression of the weak. One can only hope that the despotic maniac has learned his lesson and will immediately cease and desist from his acts of aggression.
If you ask me, I'll say it's very unlikely. While I hope it doesn’t get to it, my fear is a full-scale war with Vladimir Putin is inevitable since sanctions alone will not deter this erratic and irrational man. Nevertheless, I'll keep my fingers tightly crossed, hoping and praying my skepticism is proven wrong.