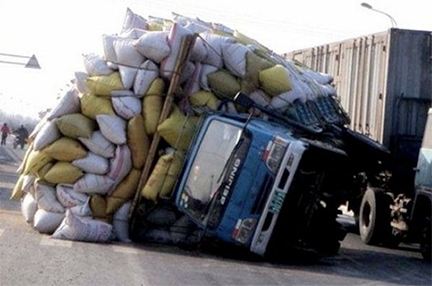 “God Puts On No One Burdens They Cannot Bear”
By Akin Ojumu
“Then Jesus said to the crowds and to his disciples, “The teachers of religious law and the Pharisees are the official interpreters of the law of Moses. So practice and obey whatever they tell you, but don’t follow their example. For they don’t practice what they teach. They crush people with unbearable religious demands and never lift a finger to ease the burden. Everything they do is for show.” (Matthew 23:1-5).
That religious leaders lock up their followers in doctrinal cages is nothing new. They’ve been doing it since the beginning of time. Nimrod did it in Babel, the Pharisees perfected it in Israel, and modern-day preachers have now injected it with steroids. Caging people is their modus operandi. Placing unbearable burden upon the hapless folks under their care is their style. And this is true with their relentless demand for tithes from New Testament believers.
Here’s an interesting footnote on how tithing entered into New Testament Christianity (Source: Should the Church Teach Tithing? A Theologian's Conclusions about a Taboo Doctrine, Russell Earl Kelly, PHD).
“Early church leaders did not even attempt to introduce tithing for at least 200 years after Calvary. Not only was tithing NOT a doctrine, but it was also very far from being discussed by the early church. During this period, early church leaders preferred to be extremely poor and predominantly ascetic rather than be sustained by any elaborate system of tithes and offerings. It will be clearly seen that, not only did the inspired writers of the New Testament not teach tithing for the church, neither did those who immediately followed them as leaders of the churches.
“Beginning around the middle of the third century, the tithe only had the authority of a “suggestion” in Cyprian’s small area of influence in North Africa. And Cyprian had no authority over other zones of the divided church. Tithing would not even become a local church law for over five hundred years after Calvary. The introduction of tithing emerged in direct proportion to the disintegration of the doctrine of the priesthood of believers and the emergence of the power of the bishop-priests.”
Giving During the Time of Jesus Time to Present Day (New Testament)
Throughout the ages, the fundamentals of giving have stayed the same. From creation even till now, the principle of giving follows the same broad pattern and God hasn’t changed that formula. The foundation of giving that existed Pre-Mosaic Law and under the Mosaic Law is the same foundation we are supposed to follow even today in the New Testament.
Giving from the time of Jesus to the present day falls under two broad categories. Those who have been following this commentary should be familiar with this pattern by now:
1. Required Giving: Which is you pay your taxes to the government and authority
2. Freewill Giving: You give to God whatever it is you propose in your heart without a stipulation of an amount
To fully understand biblical giving from the time of Jesus to present-day, we would have to separate the pre-crucifixion period (i.e., when Jesus was still alive) from the post-crucifixion period (i.e., after Jesus had departed this world).
The importance of this delineation will soon become apparent. Jesus lived his entire life under the Mosaic Law which was still in effect throughout His ministry and Israel was also under Roman rule at the same time. The Law of Moses effectively ceased following the crucifixion of Jesus. The exact moment the Old Testament ceased is described in John 19:30 and Matthew 27:50-51. As soon as Jesus said, “It is finished,” the veil of the temple was torn from top to bottom, signifying the end of the Old Testament of law and the ushering in of the New Testament of grace.
The pre-crucifixion period falls within the period of the Mosaic Law. The practice of giving during this period generally followed whatever guideline that was in existence under the Law of Moses. Additionally, however, the religious leaders of that time had also imposed on the people extra burden and added requirements that the Law of Moses never even stipulated. It was a burden they put on the people that they themselves would not lift a finger to ease.
We’ll talk some more about this next time.