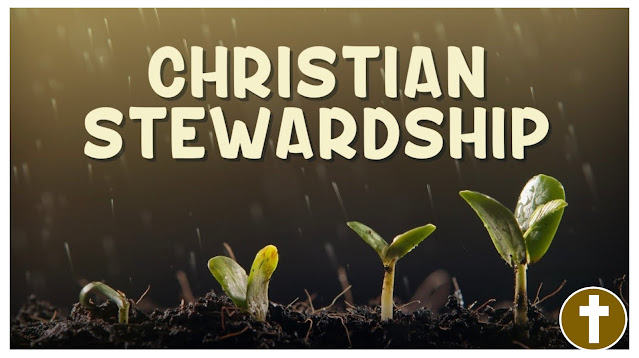 “Stewardship of God’s Resources”
By Akin Ojumu
Consider the following exchange between a young lady and her mum.
Daughter: “I'm so hurt that Todd broke up with me, Mom.”
Mother: “Just think of all the starving children in Africa, honey. Your problems will seem pretty insignificant then.”
In philosophy, the mum’s response to the daughter’s lament is an example of a red herring fallacy.
The red herring fallacy is a logical fallacy where someone presents irrelevant information in an attempt to distract others from a topic that’s being discussed, often to avoid a question or shift the discussion in a new direction (Source: Effectiviology).
Proponents of tithing often employ this literal tactic in defense of their support for continuation of tithing in New Testament Christianity. Rather than engage in a good faith dialogue using Scripture, they throw up all sorts of red herrings.
A common red herring error is the suggestion that those who argue against modern-day tithing are stingy lukewarm Christians who find it difficult to part with their money, and who simply don’t want to support God’s work.
Of course, that’s a logical fallacy, as nothing can be further from the truth. While there may be nontithers who don’t tithe because they don't want to let go of their money or support God’s work, what motivates the stance against modern-day tithing for many of us is nothing but the fidelity to the truth of Scripture. Speaking for myself, whatever I do as a Christian must be in conformity with the Word of God. I resist any prescription of worship which is not in line with Scripture.
John 4:24: “God is spirit, and those who worship Him must worship in spirit and truth.”
The foundation of Christian worship is the Bible. True worship occurs within the parameters that God Himself has stipulated and not our own invention. Any act of worship that does not conform to Scripture is at best, “zeal without knowledge,” and at worst, old fashioned idolatry. Paul said as much when he wrote to the Roman believers.
There is no reference in any passage in the New Testament that talks about Christians tithing. Jesus never made the tithe incumbent. None of the writers of the New Testament did. As New Testament believers, so what exactly does the Bible prescribe for giving? How are we supposed to respond to the needs around us?
Before going into the principles of giving stipulated for the New Testament believers, it is important we touch on our attitude towards money and how to be good stewards of God's resources.
The stewardship of money is a critical area in the life of the Christian and we are constantly faced with the decisions about money. Our stewardship of money fall into the following categories: how we feel about it, how we earn it, how we spend it, and how we give it away.
1. Do not love money
1 Timothy 6:10: “The love of money is the root of all kinds of evil.”
We are not to love money.
2. Do not covet money
Luke 12:15 – “And he said unto them, Take heed, and beware of covetousness: for a man's life consisteth not in the abundance of the things which he possesseth.”
We are much more than the aggregate sum of our temporal possessions.
3. Do not put your trust in money
1 Timothy 6:17-19 – “Charge them that are rich in this world, that they be not highminded, nor trust in uncertain riches, but in the living God, who giveth us richly all things to enjoy.”
To trust in money is idolatry.
Matthew 6:24 – “You cannot serve two gods. You can’t serve the true God and money.”
A divided loyalty ends in eternal penalty.
4. Do not regard money as our own
1 Corinthians 10:26 – “For the earth is the LORD’s, and all it contains.”
There’s nothing we own that is not a gift from God.
5. Do not to steal money
Ephesians 4:28 – “Let him that stole steal no more…”
There are lots of ways to steal, you don’t have to engage in armed robbery to be a thief.
Defaulting on loans is stealing (Psalm 37:21). When you cheat and exploit, it is stealing (Amos 8:5). Failure to pay your employees is stealing (James 5:4).
6. Do not be a lazy bum
2 Thessalonians 3:6 – “Now we command you, brothers, in the name of our Lord Jesus Christ, that you keep away from any brother who is walking in idleness and not in accord with the tradition that you received from us.”
There’s no dignity in laziness. Living on other people’s magnanimity does not become anyone.
7. Work hard
Colossians 3:23 – “Whatever you do, work at it with all your heart, as working for the Lord, not for human masters.”
Laziness kills. No one has ever died of hard work.
8. Invest wisely
Matthew 25:27 – “Then you ought to have put my money with the bankers, and at my return I would have received my money back with interest.”
The rainy day will certainly come. It’s what you’ve laid aside that’ll keep you from getting wet.