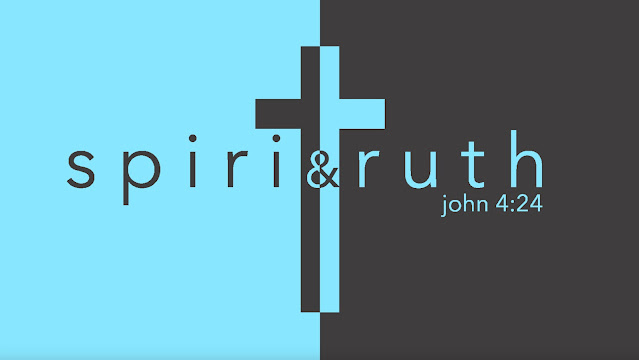 “True Worship is in Spirit & in Truth”
By Akin Ojumu
Several times in this commentary, we spoke about a pattern of giving established by God that spans across all ages. These are:
1. Required Giving i.e., Tithes, Taxes, etc.
2. Freewill Giving i.e., First Fruits, free will offerings, etc.
Government is ordained by God. It is required of citizens of nations to fulfill their obligation to the authority and government by paying their taxes. In addition to the required giving, God also wants us to give willingly out of loving hearts.
Under the Mosaic Law (a theocratic government), taxes were mostly in the form of tithes, and they all added up to roughly 23 percent. The tithe was the Lord’s, it didn't belong to the people. The funding of the national entity – the government – was by the tithes. If you didn’t give the tithe to the Lord, according to Malachi 3, you robbed God.
Just as the required giving was established by God, so also was the freewill giving. God expects us to give freely out of a willing heart without any compulsion, stipulation, or an amount. Freewill Giving was always spontaneous, voluntary, and no amount or frequency was ever stipulated. The only motive was a thankful and loving heart.
Under the Mosaic Law, freewill giving was in the form of the first fruits which was giving the choicest of the fields to God as a declaration of trust in the faithfulness of God.
Coming to the New Testament, God's pattern of giving is still the same model as it was in the Old Testament. We are required to pay our taxes (required giving) and also to give to God whatever it is we purpose in our hearts (freewill giving). This is the model of giving that believers in Christ are expected to follow.
Romans 13:1: “Every person is to be subject to the governing authorities. For there is no authority except from God, and those which exist are established by God.”
God wants us to be model citizens by paying our taxes to the government, an institution He Himself ordained. Taxes, like the tithes under the Mosaic Law, fund the government. And just as it was considered robbing God not to pay tithe under the Law of Moses, we rob God when we fail to pay our taxes to the government. Jesus laid an example for us to follow, He paid His own taxes (Matthew 17:24). We who abide in Him are expected to follow in His step (1 John 2:6) and do likewise.
God established the government. The government is to be funded by the people. By not paying taxes you are cheating the government. And when you cheat the government, you cheat yourself out of God’s blessing by taking what belongs to God.
Since New Testament believers are not under a theocracy of the Mosaic Law, tithing is not the required giving for Christians. This is the reason none of the New Testament Gospels and Epistles ever mentioned tithing as a requirement for believers.
Whenever tithe was mentioned in the New Testament, it was always in relation to the Mosaic Law. The only mention of tithe not referencing the Mosaic Law was in Hebrews 7 which talked about the tithe of the spoils of war that Abraham gave to Melchizedek willingly and without being compelled to do so. And it was a one-time occurrence as there is no other record of Abraham tithing.
Nevertheless, there are those who insist tithing is a form of worship. Yet, as “spiritual” as that may seem, it is not supported by Scripture. The danger of such a proposition is that it's a slippery slope to all sorts of “religious” practices being adopted and labelled worship. For example, a church may decide to start sacrificing animals and sprinkling the blood on the altar, as they did in the Old Testament, and say they are just worshipping God.
John 4:24: “God is spirit, and those who worship Him must worship in spirit and truth.”
The foundation of Christian worship is the Bible. True worship occurs within the parameters that God Himself has stipulated and not our own invention. Any act of worship that does not conform to Scripture is at best, “zeal without knowledge,” and at worst, old fashioned idolatry. Paul said as much when he wrote to the Roman believers.
Romans 10:1-4: “Brothers and sisters, my heart’s desire and prayer to God for the Israelites is that they may be saved. For I can testify about them that they are zealous for God, but their zeal is not based on knowledge. Since they did not know the righteousness of God and sought to establish their own, they did not submit to God’s righteousness. Christ is the culmination of the law so that there may be righteousness for everyone who believes.”
There are many in the Church who, in their zeal for God, practice all sorts of unbiblical rites and rituals as acts of worship. Sadly, these are spiritual exercises that are not based on knowledge. Tithing is one of such.
Freewill Giving in the New Testament will be the focus of this discourse next time. We will lay out the principles established in the Bible to guide Christians as they faithfully dispatch their role as good stewards of the resources that God has committed into their hands.