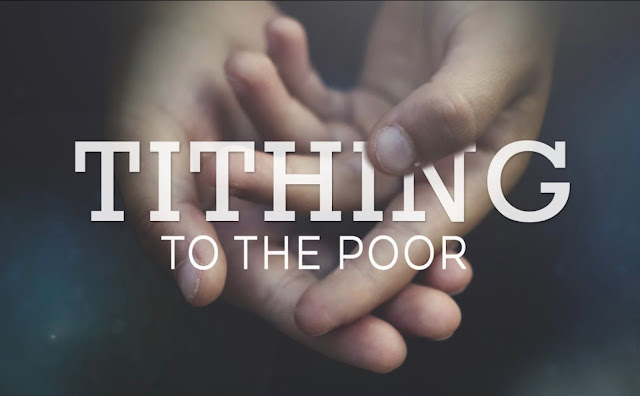 “The Poor Are Fed In God's Economy”
By Akin Ojumu
To many of you, Hymenaeus, Alexander, and Philetus are names that may not mean much. But these 3 men were the pioneers of erroneous doctrines in the early Church. The devastating impact of their heresies on the burgeoning Church was so severe that Apostle Paul thought they deserved a mention in his two letters to Timothy, where he warned Timothy to steer clear of them.
In our day, there are many Hymenaeus, Alexander, and Philetus sitting on high thrones in the House of God. Below are quotes from 2 of them.
Apostle Joshua Selman:
“When you are rising in the kingdom, you don’t focus on giving to the poor. Charity is when God has helped you. Don’t let any of these secular organizations fool you. Many of us keep giving to the poor. What happens when you give to the poor is that God will hear you in the day of trouble. But there are blessings allocated for giving to the poor. Rising is not tied to giving to the poor.”
Bishop David Oyedepo:
“There are needs all around us. But in order for us not to become a needy like the people we are trying to help, we maintain our solid connection with the source of supplies so that our service to the needs of mankind can continue. Now listen to me. Imagine someone helping the needy and not paying his tithe, he will soon become one of the needy.”
These are just two examples of the erroneous – bordering on heretic – teachings on giving that have permeated the Church. The people of God are under siege from all kinds of teachers of spurious doctrines who habitually mishandle the Word of God for the purposes of enriching themselves at the expense of the people of God. These clouds without water are wreaking havoc on the faith of many, leading them astray by their false teachings.
The things these two men of God said in the above quotes cannot be substantiated in Scripture. This kind of talk metastasizes like advanced cancer in the body of Christ. The truth of God concerning giving can be found in Scripture. The reason men like Joshua Selman and Bishop Oyedepo are successful in making shipwreck of the faith of many by their erroneous teachings is because Believers don’t study Scripture as they should.
The Bible, as the foundational and sole evidentiary proof of our beliefs, has been jettisoned and a sound knowledge of Scripture has been replaced with personal opinion and the decrees of the man of God. Claiming to be “led by the spirit,” Christians everywhere have yielded themselves to feelings, emotions, experiences, phenomena, ecstatic eruptions, and all sorts of psychic hocus-pocus. Yet, the truth of God is available to anyone willing to take the time to study.
As we continue with this commentary, by discussing the Poor Tithe, it's our hope that it'll help all those interested in knowing the truth. And by knowing the truth and holding on to it, our prayer is that they'll be set free from the cages of error in which they’ve been trapped for far too long.
The Poor Tithe
“And do not neglect the Levites living in your towns, for they have no allotment or inheritance of their own. At the end of every three years, bring all the tithes of that year's produce and store it in your towns, so that the Levites, who have no allotment or inheritance of their own, and the foreigners, the fatherless and the widows who live in your towns may come and eat and be satisfied, and so that the LORD your God may bless you in all the work of your hands.” (Deuteronomy 14:27-29).
Contrary to claims by Selman and Oyedepo, no one ever becomes a needy by helping the needy. Blessings always accrue to those who remember the poor.
The Poor Tithe was the national welfare program for the poor, widows, orphans, and the less privileged in the society. This tithe was a demonstration of the love of God for the needy and it was a continuous reminder to His people never to neglect the poor in their midst. It was an ordinance they had to do every three years. So, if you do the math, it is roughly 3.3 percent per year.
So, we have 3 different tithes namely; the Levites Tithe (10 percent), the Festival Tithe (10 percent), and the Poor Tithe (3.3 percent). They all add up to 23 percent. Those were the Old Testament tithes.
The required (mandatory) giving under the Mosaic Law i.e., the tithes, all added up to 23 percent. In addition to all that, the Israelites also had the Freewill Giving. And we will talk about those next time.
In summary, the first tithe was to fund the people who ran the government (i.e., Levites Tithe and its subset, Tithe of Tithes), the second tithe provided for the national feasts (i.e., Festival Tithe), and the third tithe was the welfare program (i.e., Poor Tithe). All these were to fund the national entity and to promote national unity.
All three of these tithes were a form of taxation. They were not freewill giving to God. Tithing under the Mosaic Law was never giving. The reason tithing wasn't giving was because the tithe didn't belong to the people, the tithe was the Lord's. They couldn’t give what didn’t belong to them. Anyone who didn't bring the tithe to the Lord, according to Malachi 3, robbed God.
Next time, we'll shift focus to the practice of Freewill Giving under the Mosaic Law.