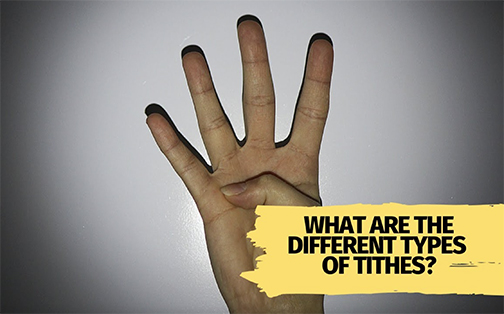 “The Three – or Four – Different Types of Tithes”
By Akin Ojumu
Besides their duties as Temple priests, the descendants of Aaron and the Levites constituted the public service of the Jewish theocracy, and they basically ran the nation. During the time of the kings of Israel, they oversaw all the functions of government.
As government workers, the Levites served as the officials in the royal courts, mayors of towns, legislators in the city councils, and judges in the law courts The Levites were musicians, gate keepers, guardians, and craftsmen.
The tithes were their means of support. They draw their wages from the tithes the people brought. God, through the tithes, made available for them a means of livelihood and provided for their sustenance.
There were three – actually four – different types of tithes practiced under the Mosaic Law. They are the Levites, Festival, and Poor Tithes.
The discourse today will focus on the Levite Tithes and its subset, the Tithe of Tithes.
The Levites Tithes
Leviticus 27:30: “One-tenth of the produce of the land, whether grain from the fields or fruit from the trees, belongs to the LORD and must be set apart to him as holy.”
This was the Lord's Tithe or the Levites Tithe. This tithe was collected to be given to the Levites. It belonged to God. Ten percent of all of the land, seeds, and fruit was the Lords. It didn’t belong to the people.
Leviticus 27:31: “If you want to buy back the LORD’s tenth of the grain or fruit, you must pay its value, plus 20 percent.”
Anyone who wanted to keep their fruit was free to do so. All the person needed to do was to calculate the monetary value of the fruit and then add 20 percent on top. In exchange for the seed of the land or the fruit of the tree, he could give money instead. This was one of the 2 provisions where money was associated with tithes. Tithes under the Mosaic Law were always agricultural products.
Leviticus 27:32-33: “Count off every tenth animal from your herds and flocks and set them apart for the LORD as holy. You may not pick and choose between good and bad animals, and you may not substitute one for another. But if you do exchange one animal for another, then both the original animal and its substitute will be considered holy and cannot be bought back.”
In other words, they could give money in exchange for the seed and the fruit, but they could not redeem the animals. Those they had to give.
These were the commandments which the Lord commanded Moses for the children of Israel on Mount Sinai.
The Levites tithe was 10 percent of everything the individual had in terms of produce from the land and animals. This was not a freewill offering to God. This was His already. Not bringing the tithe to the Levites amounted to robbing God.
So, the 10 percent of the animals and produce were given to the tribe of the Levites to support them, because they were the priests. They owned no land, had no inheritance, and didn't earn a living other than performing priestly functions and running the nation.
The Tithe of Tithes
Numbers 18:25-26: “The LORD also told Moses, “Give these instructions to the Levites: When you receive from the people of Israel the tithes I have assigned as your allotment, give a tenth of the tithes you receive – a tithe of the tithe – to the LORD as a sacred offering.””
God is no respecter of persons. Before Him all people are equal. The Priests were not superior to the Levites, and the Levites were no more important than the ordinary Jews. God exempted neither the Priests nor the Levites from the command to tithe. Except the very poor and those who owned no agricultural produce to tithe, all Israelites were required to tithe.
After receiving the tithes from the people, the Priests and the Levites were in turn required to give a tenth of everything as their own tithe. This was the Tithe of Tithes.
That passage in Malachi 3:8-15 that has been quoted ad nauseam by tithe-preachers was specifically speaking to the Tithe of Tithes. Modern-day pastors have continuously and erroneously interpreted that passage to suggest it was speaking to everyone. Contextually, however, Malachi 3:8-15 was a reprimand to the Priests and a rebuke of the Levites who had habitually failed to bring a tenth of the tithes they received to the storehouse i.e., the Temple Treasure.
It was that failure to bring their own tithes (i.e., the Tithe of Tithes) that earned them a stern rebuke from God. By defaulting on tithe, the Levites were basically robbing God's treasury, and they became, as it were, robbers of the storehouse.
Under the Law of Moses, the reward for obedience to the Tithe Law was an overflow of blessings. Disobedience came with a stiff penalty, an overflow of calamity. The Levites knew this, yet they disobeyed anyway.
So, next time your Pastor quotes Malachi 3:8-15 to try to terrify you into coughing out your hard-earned money to pay tithe, respectfully tell him you won't be scared any more. Let him know you are familiar with the Tithe of Tithes and understand who the real robbers of God's treasury were.