CONCERNING SPIRITUAL GIFTS, DO NOT BE UNINFORMED (PART I) 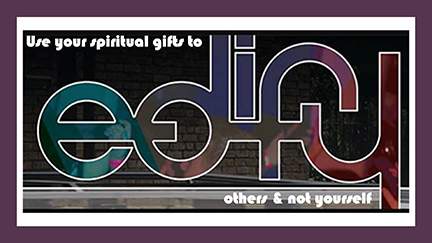 “Self-Edification is a Hallmark of Faux Spiritual Giftedness”
By Akin Ojumu
What it means to prophesy was the question posed to me this morning by a Bible-Believing Believer gravely concerned about the state of the Christian Church and greatly disturbed by the abuse and frauds that are perpetuated daily on innocent souls in Christendom.
This person’s exact question was:
“Prophesy – to utter by or as if by divine inspiration of the Holy Spirit.” Is this the right way to define, and the right use of, this word today versus predicting the future?
What came to mind when I first saw that was the Corinthian Church. Compared to any other church at the time, the Corinthian assembly was by far the most problematic; bedeviled with serious issues and numerous grievous failings. Unlike his other epistles where serious doctrines and deep theologies are the focus, except for a few references here and there to theology and doctrine, the entire Book of 1 Corinthians was dedicated to correcting the various shortcomings of a problematic congregation.
The converted Corinthians dragged along into the church life all the vestiges of their pagan existence. Among the congregation were folks who had joined themselves to temple prostitutes. There were those, who for sport, dragged others to courts. Some take pride in committing fornication and incest; they boast about sleeping with their fathers’ wives. Deep line of divisions and cliques existed among them; while some were for Paul, others were for Apollos. Discipline was lacking and abuse of liberty was rampant. Their women were insubordinate, and the people abused the roles God intended for men and women. Selfishness and pride were the order of the day. Idolatry and demon worship were standard practice.
Their Lord’s Supper was marked with gluttony and and their love feasts were noted for their greedy overindulgence. The church services were a chaotic dramatization of spiritual gifts and were noted for their cacophonic spectacle of the speaking gibberish which they called speaking in tongues.
Apostle Paul was so concerned about the abuse and misuse of the spiritual gifts in this congregation that 3 chapters of 1 Corinthians (12, 13, and 14) were devoted to confronting the subject. In 1 Corinthians 12, Paul described the giving of the gifts, 1 Corinthians 13 talked about the purpose of the gifts, and 1 Corinthians 14 was focused on the operations of the gifts.
“Now concerning spiritual gifts, brothers, I do not want you to be uninformed.” (1 Corinthians 12:1).
The Corinthians were uninformed, ignorant, and unaware of the spiritual gifts. Their lack of understanding resulted in the perversion of the gifts. Some in the congregation imported counterfeit spiritual gifts from idol worship into the church. A typical Sunday service was like a rowdy market scene with everyone doing their thing, showing off counterfeit gifts and trying to one up the other person.
In the Corinthian assembly, speaking in tongues was the hallmark of godliness. The one who spoke the most ecstatic gibberish, i.e., blah blah blah – was the most spiritual. Now, this carnal concept was a remnant of their unsaved, idolatrous days when ecstatic utterances, made by pagan priests and worshippers, under the control of a demon, were thought to be the highest level of religious experience. That’s the kind of culture they lived in. And this they had dragged into the assembly (Credit: John MacArthur).
At a point Paul wrote, “The one who speaks in a tongue edifies himself; but the one who prophesies edifies the church.” (1 Corinthians 14:4).
Some have erroneously interpreted this passage to suggest that Paul was saying one is edified by speaking in tongues. Contextually, that couldn't have been what Paul was saying. There was nothing positive about that passage since this was actually a rebuke of the Corinthians.
Unless there is an interpretation of what was spoken, no one is edified by speaking in tongues. The edification in tongues comes from the interpretation. That is why whenever tongue is spoken it must be accompanied by an interpretation.
Spiritual gifts are bestowed on Christians and are intended to be used to edify others and not the person upon whom the gift is bestowed. In an assembly of true Believers, everyone has a combination of spiritual gifts. My gift is to be used to edify you, and your gift is to be used to edify me. When we all do that, we are all properly built up in Christ.
Contrary to this, when the Corinthians spoke in tongue, they were merely edifying themselves. The phrase “edifying themselves” describes the act of vainly pumping up oneself. The Corinthians were engaged in the improper use of the gifts; they were showboating. Their speaking tongues and use of other gifts benefited no one else but themselves.