THE KEEPER OF PROMISES (PART IV) 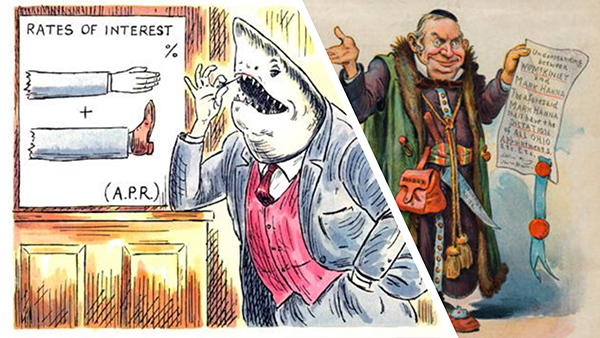 “Sharks and Shylocks In The House of God”
By Akin Ojumu
Religious titles are like costly apparel that men love to wear. In a world enamored with glitz, the pulpits are crawling with men who parade themselves around with litany of titles around their necks like a man given to flamboyance and bedecked with an extravagance of jewelries and assortment of fine linen. For a generation smitten with glamor, men and women accessorized with titular golden bling bling and shining ornaments lord it over hapless souls who feed their bloated egos.
“These are hidden reefs at your love feasts, as they feast with you without fear, shepherds feeding themselves; waterless clouds, swept along by winds; fruitless trees in late autumn, twice dead, uprooted; wild waves of the sea, casting up the foam of their own shame; wandering stars, for whom the gloom of utter darkness has been reserved forever.” (Jude 1:12-13).
Professing to be apostles and prophets of our age, these modern-day sons of Sceva contemptuously lay a new foundation of faith in direct defiance of Ephesians 2:20, which tells us that the foundation of the true faith has already been laid, and thus, the work of the apostles and prophets are done and accomplished.
Is it any surprise then that the products of this faux-faith are waffling church goers born with spiritual congenital anomalies of all sorts; ephemeral in their faith, convictions without spine, and easily swayed by any error that proceeds out of the mouth of their Papa and Mama seated on golden thrones atop altars built on haughty hills.
Beware of the fancy-pant preachers, for they build religious empires around the miraculous and they create temporal conglomerates on the fabulous. Be exceedingly skeptical of the theatrical pastors who, while on the pulpit, boast about the number of dead people they’ve raised and who always find occasion to brag about the blind eyes they’ve made to see.
For no true minister of the Gospel will stand on God's altar and spend an entire sermon hawking their vacuous books, recounting stories upon stories of unverifiable miracles they performed at some meetings somewhere in Kutuwenji sometime ago, twisting every Scripture out of context just to whip up their audience to such an emotional frenzy that they'll all rush to the pulpit when the time comes to ask them to sow seeds to his already fat coffers of greed. Those who engage in such gimmicks are nothing but religious Shylocks who go about collecting a pound of soul, and they are the church Sharks who chew up and spit out their victim's very essence.
Flee from apostles whose emphasis is on signs and wonders. Run from prophets who promise you instantaneous miracles. They always overpromise but always underdeliver. When the great miracle explosion they promise fails to materialize, they are quick to lay the blame for their failure at the feet of the seeker of miracles. It’s always the fault of the miracle seeker for lacking the faith to receive the miracle.
Sadly, but not surprisingly, the hapless seeker of miracle is often left ridden with guilt for having no faith. But the poor soul keeps coming back anyway because he's desperate for the miracle to explode. Thus, a perpetual cycle of expectation and frustration is established. But he’s now addicted to the religious psychedelic, and he has been turned into another spiritual junkie who runs from crusade to crusade chasing the elusive high and hoping the miracle will explode at the next meeting.
"But do not be called Rabbi (Teacher); for One is your Teacher, and you are all equally brothers. Do not call anyone on earth, who guides you spiritually, your father; for One is your Father, He who is in heaven. Do not let yourselves be called leaders or teachers; for One is your Leader (Teacher), the Christ. But the greatest among you will be your servant. Whoever exalts himself shall be humbled; and whoever humbles himself shall be raised to honor." (Matthew 23:8-12).
A church that touts its leader as a possessor of spectacular power is just the same as a pagan shrine; to even call such a church at all is erroneous. The eloquent pastor who spins a good yarn and tells fantastic stories, usually about himself, his wealth, and his numerous exploits in ministry, is not one under whose spiritual authority a true Believer should submit himself.
A man or woman of God who revels being worshiped as a god of man is not one a Christian should call his Papa or Mama in the Lord. The title obsessed preacher who calls himself the most senior apostle or supreme prophet is an empty suit who has nothing but fluff to offer you.