THE KEEPER OF PROMISES (PART II) 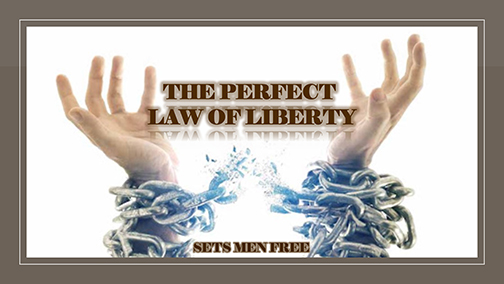 “Gazing Into The Perfect Law of Liberty”
By Akin Ojumu
Therein lies the foundation of all false religions. The lie that God is not enough is the pillar that holds up the house of iniquity in which all false prophets and false apostles dwell.
Those who, through divinations, profess to know tomorrow, are of their father, Satan. Anyone who claims to be able to gaze into a crystal ball or read a palm and foretell the future, is operating by the spirit of demons.
The supposed prophets and apostles who, allegedly in the name of Christ, assert to know what lies ahead, are sons of perdition who have sold their soul to principalities and powers. End-of-year prognosticators are perpetrators of falsehood, and the predictors of events that will happen in the coming year are purveyors of things of which they have little knowledge. Quit buying what they are selling.
Now, in a world given to theatrics and easy believism, there are those who see nothing wrong in soothsaying or predictions about the future. In their child-like innocence, they consider the practice of fortune-telling innocuous, and they see prophesying as harmless.
To these people, the fortune-tellers and the prophets are merely demonstrating the power of God they possess. So long as this demonstration of power wins souls for God’s kingdom, the reasoning goes, what’s wrong in that. Moreover, isn’t the fact that some of these predictions and prophecies do come to pass enough proof that they are from God, they are wont to ask.
The answer to such people is simple. If the outward show of power is and in of itself a sufficient tool for soul-winning, all of Israel would have been saved and the Savior of the world would not have been crucified.
The Jews were the custodian of the laws of Moses and to them belonged the prophets and their writings. Even they did not recognize the Messiah – about whom the prophets spoke – when He was born. It took the arrival in Jerusalem of the Magi – pagan priests from the East – for them to even realize such a great event was happening right in front of their noses. And instead of rejoicing at the news, all of Jerusalem became agitated.
Anyone who thinks that a man who performs miracles, or whose prophecy comes to pass, must be of God, hasn’t heard about the magicians in the courts of Pharaoh (Exodus:22). Such a person knows nothing about Nergalsarezer the Rabmag (Jeremiah 39:3). Elymas Bar-Jesus (Acts 13:4-12) and Simon the Sorcerer (Acts 8:9-25) must be names he probably never heard of before.
That Satan performs miracles is nothing new. Signs and wonders are tricks the Devil uses to deceive and lure people away. Our Lord and Savior already warned us, in Mark 13:22, that “false christs and false prophets will arise and perform signs and wonders, to lead astray, if possible, the elect.”
“The secret things belong to the LORD our God, but the things which are revealed and disclosed belong to us and to our children forever, so that we may do all of the words of this law.” (Deuteronomy 29:29).
Every gaze into the crystal ball is an invitation to Satan to enter the soul, and every reading of the palm is a laying of the red carpet for demons to occupy the mind. Those who dabble in fortune-telling always pay a hefty price. Consultation with oracles, within or outside the church, comes with severe consequences. Whenever you take a peep into the unknown, you trade away a piece of your soul. The Devil’s claws reach deep into the spirit of those who engage in abracadabra.
Satan is transactional. His blessings maketh poor and addeth an abundance of sorrow to it. If he gives you wealth, he’ll steal your health. In exchange for power, he may turn you into a pauper. Those to whom he gives a child, he kills their joy and takes their happiness away.
With Lucifer, there’s always a catch. There are always strings attached to the benefits he confers. When you give the Devil an inch, he’ll extract ten more from you. You’d be wise not to give him a foothold in your soul.
God has not called you to be a stargazer. What God asks of you is for you to gaze into the perfect law of liberty. You have in your possession the truth to all the world’s mysteries. In the palm of your hand, you hold the crystal ball to all wisdom and knowledge. There’s no answer that you seek that you won’t find in the Book of Life. The Word of God is the solution to all of your life's problems.