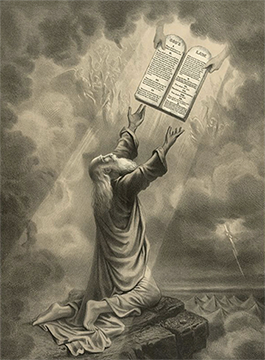 By Akin Ojumu
Just as the advancement in information technology has revolutionized our lives, so also has it upended our ever-evolving lexicon. Buzzwords such as Cookies, Domain, Firewall, IP Address, Internet of Things, LAN, Megabyte, Server, Ransomware, 5G etc., have been coined by geeks with spiky goatees. And nerdy kids with thick fingers have forced these techie terms into our everyday lingo.
As one writer in Vox rightly said, "The problem is that these sometimes nebulous or arbitrary terms don’t make it clear what they actually mean to consumers."
When I hear the term "cookies," for instance, what I think of is that baked crunchy snack or dessert that is typically small, flat and tasty, containing flour, sugar, egg, and some type of oil, fat, or butter, and may include other ingredients such as raisins, oats, chocolate chips, nuts, etc.
But not so in IT. In the nerdy world, cookies mean something entirely different and totally unrelated to that little chewy round thing I love to take with coffee for breakfast. When a geek talks about cookies, what he is referring to are text files with small pieces of data – like a username and password – that are used to identify your computer as you use a computer network. Cookies, in IT terminology, are what bad actors use to track and monitor your web browsing activities in order to perfect their micro-target marketing strategy or to steal your information.
A more recent buzzword from the geeky land is the term "Cloud". When I first heard the word Cloud used in a conversation what came to mind was the fluffy white thing up there in the sky. Because the reference to a Cloud within the context of the conversation we were having at the time was totally off, I initially thought the person that used it was off his rocker. Upon seeing the blank stare on my face, the person had to pause to explain to me what "Cloud" meant, and to also let me know he wasn’t crazy at all.
Since that encounter, Cloud Computing has become more popular, and everybody now knows that storing data in the Cloud doesn't mean your data is actually in the celestial realm. We’ve come to understand that Cloud Computing refers to software and services that run on the Internet, instead of locally on your computer.
Despite the increased familiarity with the Cloud, however, the history of its origin remains murky and has engendered fierce debate in the IT world. While some argue that the inventor was Joseph Carl Robnett Licklider with his work on ARPANET in the 1960s, others have suggested that the idea came from Eric Schmidt, the former CEO of Google, on August 9, 2006, at the Search Engine Conference in San Jose, when he proposed the concept of “Cloud Computing”. Other notable names that have been floated include John McCarthy (creator of LISP programming language and a pioneer in Artificial Intelligence technology) and Sean O’Sullivan (who filed a trademark on “cloud computing” in 1997).
Now, I'm going to blow the socks out of your mind. Cloud computing predates any of the aforementioned names and dates by millennia. On a rugged mountain in Palestine 4,000 years ago, there it was that the first instance of Cloud Computing exchange occurred.
"When the LORD finished speaking to Moses on Mount Sinai, He gave him the two tablets of the Covenant Law, the tablets of stone inscribed by the finger of God." (Exodus 31:18)
If that's not Cloud Computing, I don't know what is. Moses was the first person with a tablet to download data from the cloud. And the 10 Commandments were the first data downloaded from the cloud into handheld tablets.
So, if anyone deserves credit for inventing Cloud Computing, the credit must go to one man and one man only. And that man is Moses.
SELAH!