LET THE FIRE OF PERSECUTION RAIN (PART I) 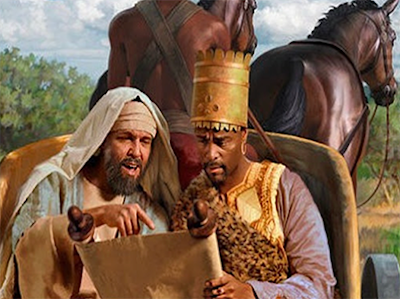 “The Faith That Was Handed Down To The Saints”
By Akin Ojumu
Decadent. Debauchery. Depraved. Licentious. Heartbreaking. These are the words that come to mind when I think about the modern-day church. And believe me, I have thought hard and long about this. That this is near and dear to my heart is evidenced in the numerous commentaries and lamentations I have penned on this subject.
One of the many things that God has blessed me with is the gift of being able to find sleep no matter what. The Scripture that says, "God giveth His beloved sleep," is one that is actively operational in my life. Whenever and wherever I lay my head down on the pillow to sleep, I do it with relish - snore, drool and all - with no sleeping pills necessary.
The sad state of the Christian church is one the few things that keep me awake at night. There’s no moment that goes by that I’m not reminded of what has become of the Christian faith. The peculiar mess that the Household of God has become leaves me in a state of perpetual despondency.
Christianity, as it is practiced today, bears no resemblance to the faith that was passed down to us by the early church fathers. The current church system is corrupt and rotten to the core, it has failed humanity on many levels. The men of the cloth are adorned in soiled garments of unrighteousness, and the souls of those who claim to be oracles of God are riddled with darkness and their hearts are filled with all kinds of evil.
How does one even start to catalog the transgressions of the present-day church, and where do you begin to take an inventory of the indiscretions of the modern-day preachers? These people have gone completely berserk and are out of control. With brazen impunity, they commit iniquities, and they openly carry out their evil deeds. For a church that started so well, who could have predicted that this is what will become of it.
In its infancy, the Believers were so few in number they could be counted on the fingers of one hand. Yet, this small band of mostly uneducated and inconsequential devotees shook the world and turned it upside down. Imbued with the Holy Ghost, they spread the Good News from Jerusalem to Judea to Samaria and to the uttermost part of the world.
Having renounced material possessions, unencumbered by worldly desires, and in the face of fierce opposition, they marched on a world under the bondage of iniquities, and with their spiritual weapons of warfare locked and loaded, they demolished every work of darkness and rescued all those who were perishing.
Without magnificent edifices as their houses of worship and possessing no glitzy real estate of their own, these early fathers of the Christian faith held fellowships at people’s homes and, when possible, gathered for prayers in the public squares.
Never once did they raise an offering for a church building project or contributed money to buy a private jet for any daddy or mummy in the Lord. The pursuit of material possessions did not arise and neither did they seek to acquire the riches of this world.
“And they devoted themselves to the apostles’ teaching and the fellowship, to the breaking of bread and the prayers. And awed came upon every soul, and many wonders and signs were being done through the apostles. And all who believed were together and had all things in common. And they were selling their possessions and belongings and distributing the proceeds to all, as any had need. And day by day, attending the temple together and breaking bread in their homes, they received their food with glad and generous hearts, praising God and having favor with all the people. And the Lord added to their number day by day those who were being saved.” (Acts 2:42-47).
These forerunners of Christianity lived simple communal lives all in one accord, absent of worries about things that preoccupy the thoughts of carnal minds. All those who believed had everything in common. None had more than they needed to live on.
The leaders were not richer than the followers, and the followers weren’t consumed with upstaging their fellow brethren by showing off the vastness of the trappings of their successful lives. For all that's in the world – the lust of the flesh, the lust of the eyes, and the boastful pride of life – meant nothing to them, and they placed no premium on any of that.
With their own hands, the leaders of the young movement ministered to their own needs and the needs of their fellow laborers in the faith. They joyously combined the work of the ministry with tending to their own personal temporal needs. None of them were parasites or leeches who sucked the lifeblood out of those to whom they’ve been sent.
These early apostles and prophets were not lazy bums who mooched off of tithes and offerings, and none of them were scam artists who merchandized the gospel that was freely given to them. The leaders saw themselves as servants and not as feudal lords who must be served and worshiped.
As a result, the power of the Holy Spirit moved mightily in their midst. With real signs and wonders, and authentic miracles, confirming the words they spoke, the apostles and prophets laid the foundation of the Christian faith once and for all. Having set the precepts and the dogmas of the Belief for generations to come, they set an example of how Christians ought to live.
Thus, the church grew by leaps and bounds, as the Lord added to the number of them that believed day by day as many as are being saved.