A TWO-MILE CHURCH IN A ONE-MILE WORLD (PART I) 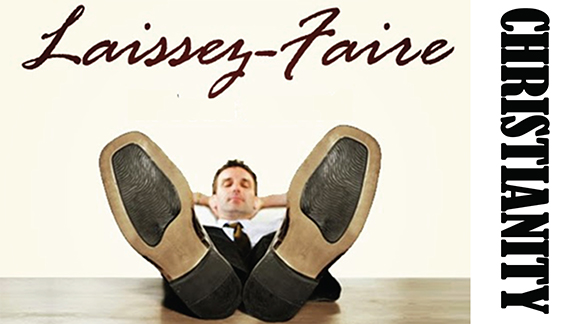 "Laissez Faire Christianity"
By Akin Ojumu
Anyone who tells you that living a Christian life is a cushy bed of roses scented with lavender is either trying to pull a fast one on you or simply has no idea what it means to be a follower of Christ in a world that despises nearly everything that Christ represents.
What such a person knows about being the light of a world enshrouded in darkness amounts to little, and what he understands about becoming the salt of an earth rotten to its core, rates less than a sentence in a very fat book.
Sadly, but not surprisingly, there are many Christians who hold on to the erroneous notion that coming to Christ will make all their problems go away. There are far too many in the Church who are hooked on the Kool-Aid that salvation is the resolution of all their life's worries. Having been force-fed on the steady diet that getting born again will bring about the dissolution of all troubles, such individuals develop a warped perception of God that is totally foreign to the nature of God.
Furthermore, people with this mindset tend to subscribe to the notion that becoming a Christian changes nothing in them, demands nothing from them, puts no burden on them. Whatever they were before they came to Christ, they believe they can continue to be after they’ve gotten saved.
A winebibber can remain attached to his bottle, the porn addict has God sitting next to him waiting for him to reach climax, the fornicator and the adulterer is free to roam around sowing his wild oats, the thief and the embezzler has the liberty to continue to steal and defraud, the lazy bum can keep on dreaming of miracle money, and the miserly man can continue to close his eyes and hardened his heart to the needs of those around.
To these folks, the only change that takes place in them is that they get to have a mystical robe wrapped around their shoulders. This powerful robe serves as a spiritual bulletproof that insures them against sickness and disease of any type, safeguards them from lack of any kind, shields them from attack from any source, and protects them from misfortune of all sorts.
The moment they got saved, the thinking goes, they begin to ooze an aura – “a spiritual odor,” as one man of God puts it – that attracts goodness, wellness, and richness. Buoyed up by the anointed prayers of the man of God, and invigorated by impartation of the powerful apostle who dispenses promises of perpetually good life, they are sold on the illusion that the siege over their life, home, business, and ministry is lifted and prosperity will start to overflow into every facet of their lives. They are told to believe that God will miraculously change their circumstances, make their lives better, more successful, and they'll live happily ever after. All they have to do is kick back, relax, and watch as the blessings rain down.
As nice as all of these misconceptions about the life of a Christian sound, nothing can be further from the truth. But it's easy to see why multitudes believe in this tantalizing fairy tale. You see, a significant number of those who claim to be born-again today fall into two broad categories. They are those chasing pleasure and there are those running from pain. What they fail to realize, though, is that nobody gets to outrun their pain.
You cannot hide in Christ just so you can escape the hardships of this world. Deciding to follow Christ is like enlisting in active-duty military service in the middle of a bloody war between two superpowers each possessing a deadly nuclear arsenal.