THE 2020 IG-NOBEL PRIZE IN MEDICINE 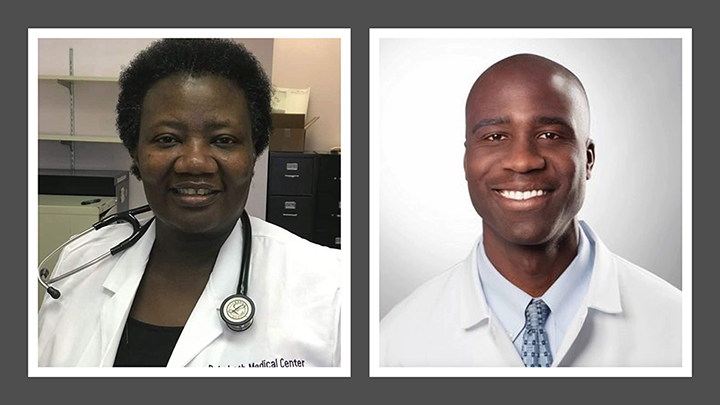 By Akin Ojumu
As an immigrant myself, it always thrills me to see a fellow immigrant succeed in their chosen profession. Few things give me more joy than an immigrant child who, against all the odds stacked up against him, still manages to achieve an extraordinary academic feat. I’m an enthusiastic cheerleader for the accomplishments of all immigrants in America and I’ll never stop celebrating their worthy exploits.
Despite my passion for the progress of immigrants and as much as I love to see us excel in the land of our sojourn, though, I’ll also be the first to call out anyone of us who brings shame upon the immigrant community. If an immigrant breaks the law by engaging in a criminal act you can be sure I’ll not hold back in pouring out my fury on such a person. Lawless immigrants stick in my crawl and deplorable ones make my skin crawl.
Drs Stella Immanuel and Joseph Ladapo are examples of immigrants who have brought shame upon immigrants of West African descent. At a critical period in history, when the world was getting decimated by a deadly pandemic previously unknown to man, these two medical professionals, born in Cameroon and Nigeria respectively, chose the path of dishonor. Instead of deploying their medical knowledge and expertise to help save innocent lives, they decided to pitch their tents with dishonorable people and they chose to put up camp among dishonest elements.
These two doctors joined forces with the Frontline Doctors of America, a group of fringe and ideologically driven medical professionals who, in exchange for inordinate gain, peddled all sorts of discredited COVID-19 treatments to their clientele and who, for huge profits, offered unethical medical consults to millions of undiscerning people via telemedicine.
Well after COVID-19 had already claimed hundreds of thousands of lives and destroyed the means of livelihood of millions, Dr Stella Immanuel continued to downplay the pandemic claiming it was no more deadly than the seasonal flu. She minimized the effectiveness of face masks in preventing the spread and acquisition of COVID-19. Even when she did acknowledge that SARS-CoV-2 was a serious plague, instead of following scientific evidence, she chose to promote dubious cure and advance unproven remedies. She was one of the leading proponents of hydroxychloroquine as treatment for COVID. Without evidence, Dr Immanuel consistently lied that she had treated more than “350 people and counting” with the old anti-malaria drug and they all got better. She also encouraged her followers not to get vaccinated with COVID-19 vaccines claiming anyone who takes the vaccine would allow to be introduced into their body the DNA of Incubus and Succubus, the demons she claimed are responsible for wet dreams.
In similar vein, Dr Joseph Ladapo, as a member of the Frontline Doctors of America, misled his followers about the dangers of COVID-19 and the benefit of the public health measures instituted to stop the spread of the virus. This Harvard trained medical graduate, who should know better, spends his time espousing quack medicine. Dr Ladapo seems far more interested in pleasing and giving medical cover to his anti-mask, anti-vaxx political benefactor who appointed him the Surgeon General of the State of Florida than serving the public whose health he is appointed to protect. In one of the most bizarre excuses you’d hear an anti-mask advocate use to justify not wearing face mask, Ladapo claims, "Having a conversation with someone while wearing a mask is not something I find productive, especially when other options exist. It is important for me to communicate effectively with people. I can't do that when half of my face is covered."
So, for bringing shame upon their African heritage and for being a disgrace to the medical profession, the 2020 Ig-Nobel Prize in Medicine goes to Drs Stella Gwandiku-Ambe Immanuel and Joseph A. Ladapo. When the history of this time is written, these two ignoble doctors will be counted amongst the unsavory lot who put their warped political ideology and selfish interests above the safety and well-being of the people they swore an oath to protect.