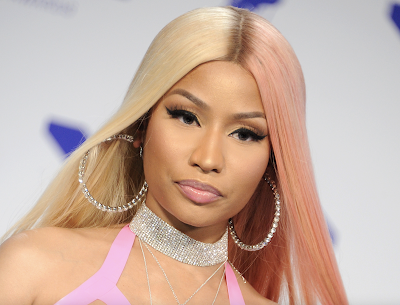 By Akin Ojumu
When you are a social influencer with close to 200 million followers across multiple social media platforms, the words you speak carry a lot of weight. There’s some responsibility that comes with being a celebrity with global appeal. Those with such a massive following of adoring and trusting fans across the globe, who look up to them and lap up everything they say, owe those fans the duty of choosing what they say with utmost care and thought.
Nicki Minaj woefully failed in that regard when she took to Twitter 3 days ago to spread dangerous misinformation about the COVID-19 vaccines. In a typical case of my “sister's-friend-cousin-niece-colleague-brother-son-wife-told-me” fib, the famous pop artist tweeted the following to her 22 million Twitter followers on Monday, September 13, 2021:
“My cousin in Trinidad won’t get the vaccine cuz his friend got it & became impotent. His testicles became swollen. His friend was weeks away from getting married, now the girl called off the wedding. So just pray on it & make sure you’re comfortable with ur decision, not bullied.”
As you would expect, the tweet went viral, seeding its purulent information all over cyberspace. As of this writing, it has garnered 137,000 likes, retweeted 23,000 times, and quote tweeted 92,000 times.
The bizarre tweet is the top story of the week in America being the lead in for many popular TV shows. Almost all the Late Night Shows, including The Daily Show with Trevor Noah, Late Night with Stephen Colbert, Jimmy Kimmel Live, The Tonight Show Starring Jimmy Fallon, and Late Night with Seth Meyers have all featured the story as headlines, spicing it up with their own unique comedy twist.
The tweet is the subject of much discussion on all the cable news networks, from the reliable and trustworthy to the sensational and conspiratorial.
For 2 days in a row, the COVID-19 vaccine induced testicular swelling of Nicki Minaj’s cousin’s friend has been the lead story on Tucker Carlson Tonight on Fox News. The story has so intrigued, and captured the imagination of Tucker Carlson, the propagandist-in-chief and the host of the show, that he is willing to take his entire production crew all the way down to Port of Spain to interview the guy with the swollen balls.
Because of her huge following, Nicki Minaj’s tweet has prompted a response from the White House. She has been invited for a phone call with the White House to discuss her concerns. Instead of focusing on important matters during interviews, journalists have had to ask Dr Anthony Fauci, the nation’s leading infectious disease expert and Medical Advisor to President Biden, to weigh in on Minaj’s unproven claims.
Even the Minister of Health of Trinidad & Tobago had to hold an international press conference where he forcefully refuted Nicki Minaj’s tweet. “One of the reasons why we could not respond yesterday in real-time to Miss Minaj is that we had to check and make sure that what she was claiming was either true or false. We unfortunately wasted so much time yesterday running down this false claim,” says Dr Terrence Deyalsingh.
I’m not a fan of Nicki Minaj. I know very little about her and I couldn’t tell you any of her songs, if you asked me. The few times I have seen stories about her popped on my phone, she always had too much makeup on her face and she was almost always scantily clad exposing her exaggerated feminine attributes.
As far as I know, Nicki Minaj is a celebrity performer. She neither has a degree in the medical field nor expertise in infectious diseases or vaccines. Her viral tweet says a whole lot about her lack of qualification to run commentaries on the safety of COVID-19 vaccines. For her to make a life and death decision about whether or not to get vaccinated based on a single, unproven, and uncorroborated anecdotal hearsay about a 3rd person report of a side effect of the COVID vaccines, reveals how little Nicki Minaj knows about science and medicine.
There’s absolutely zero evidence that any of the COVID-19 vaccines causes testicular swelling. Not a single case of impotence has been reported and proven to be associated with the vaccines. COVID-19 vaccines do not cause infertility, either male or female. Hundreds of millions of people have taken the COVID-19 vaccines worldwide, less than 0.00001 percent have reported any sort of adverse reactions.
If at all it's true that the friend of Nicki Minaj’s cousin developed testicular swelling and impotence, he most definitely did not get those from taking the COVID vaccine. Nicki Minaj ought to ask the gentleman where he has been sticking his dick lately. The guy probably dug his manhood in unhealthy and forbidden places where he caught a sexually transmitted disease – chlamydia, gonorrhea, syphilis, etc. – that has now resulted in his swollen balls.
The sad thing about all this is the fact that millions of Ms. Minaj’s followers believed the claims she made in her tweet and in turn will make consequential decisions as to whether or not to get their COVID shot based on misinformation.
The other thing is that competent professionals, experts with knowledge and experience, who have been charged with saving people’s lives from COVID have had to take time away from their important job to respond to the bogus claims made by a celebrity entertainer who knows the absolute square root of bob-all about COVID-19 vaccines.
This is what happens when people stray away from their lane and insert themselves into subjects in which they have zero knowledge or expertise. It is yet another reminder that celebrity status does not equate high intelligence quotient. A Hollywood stardom does not make anyone a subject matter expert in every subject.
To whom much is given, much is expected. Public platforms must be used for public good. The sooner Nicki Minaj learned that lesson the better for her and her teeming followers. And if she knows what's good for her, she'll go get her COVID shot and quit messing about.