WHEN THE BLIND LEADS THE BLIND, BOTH WILL FALL 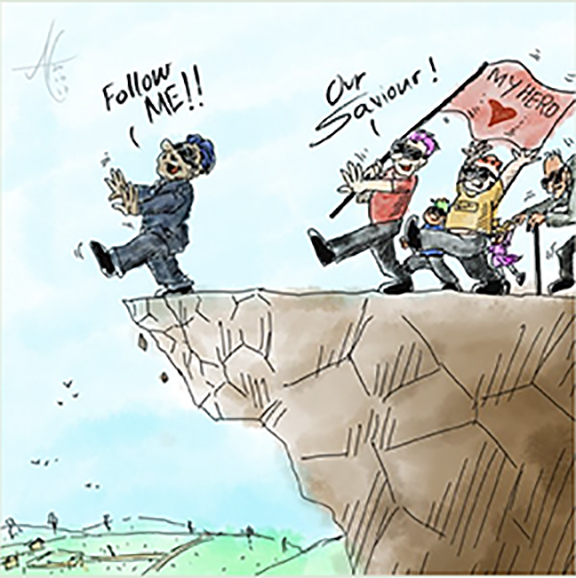