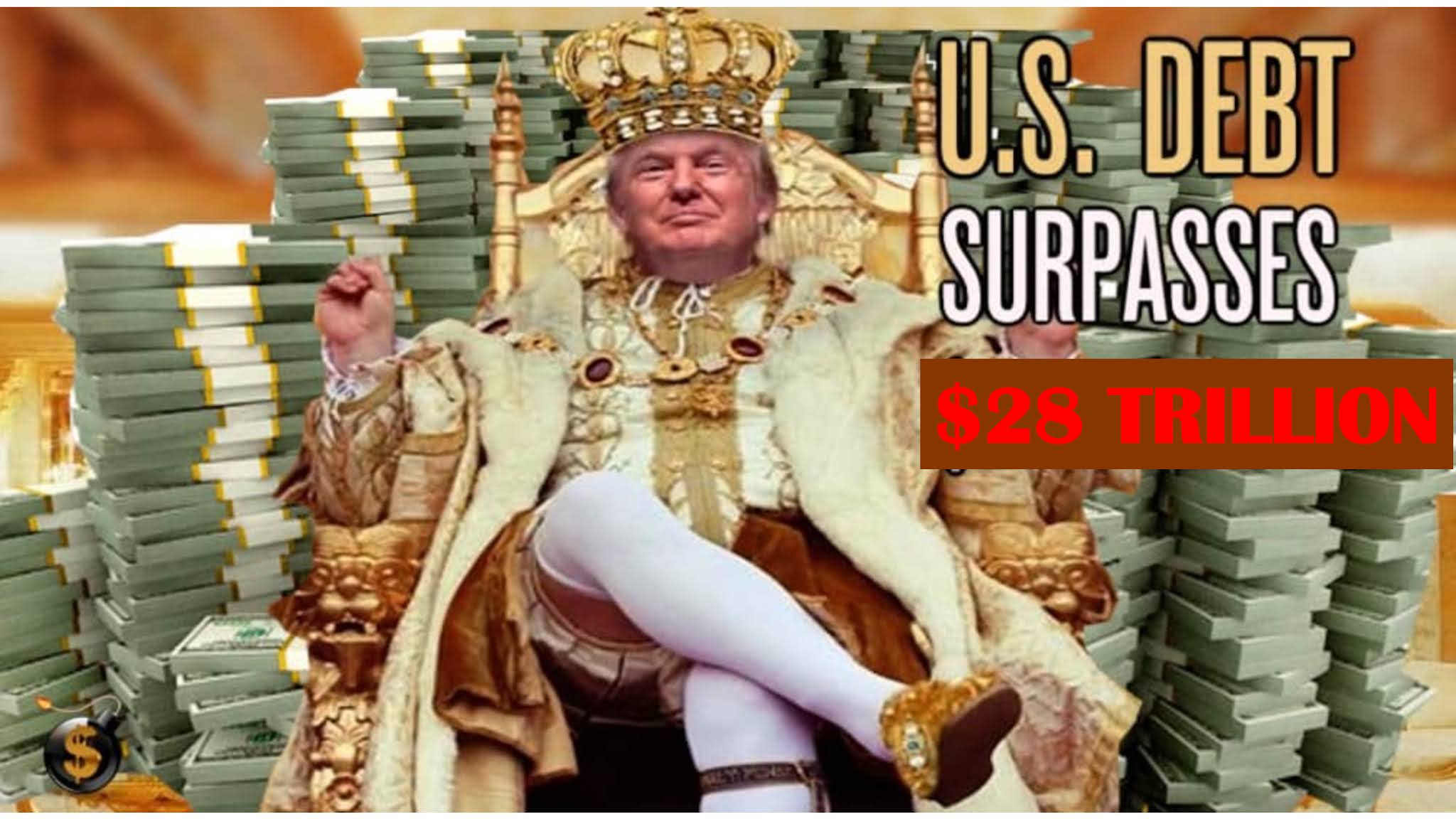 The US national debt grew by $7.8 trillion – nearly 40 percent – during the tenure of Donald Trump as POTUS compared to the amount when Barack Obama left office in January 2017.
Trump had a 1-term presidency of 4 years, while Obama was POTUS for 2 terms of 8 years. In just 4 years of Trump's presidency, the US national debt grew 40 percent higher than the 8 years of Obama combined.
When Trump was inaugurated on January 20, 2017, the national debt stood at about $19.9 trillion. When he left office in January 2021, the national debt has grown to about $27.7 trillion – an increase of 39.2 percent.
The annual deficit under Trump ranks as the third highest of any president in history only lower than US debt under the presidency of Abraham Lincoln and George W. Bush both of whom oversaw wars during their tenures.
Trump’s primary deficit growth was 5.2% of GDP, behind only George W. Bush (11.7%) and Abraham Lincoln (9.4%). Bush, of course, not only passed a big tax cut, as Trump has, but also launched two wars, which greatly inflated the defense budget. Lincoln had to pay for the Civil War. By contrast, Trump’s wars have been almost entirely of the political variety.
Economists pointed to Trump's signature legislative achievement, the 2017 Tax Cuts and Jobs Act, for pushing the national debt upward. The tax cuts, which largely benefited the wealthiest Americans and corporations, left a significant shortfall in tax revenue. The Congressional Budget Office projected in January 2021 that the annual deficit would be about $1 trillion going forward due largely to Trump's tax cuts.
The US national debt is now at its highest level relative to the economy since the end of World War II. After the war ended, the extraordinary military expenses disappeared, a postwar recovery began, and the debt began to fall rapidly relative to the size of the economy. But that’s not going to happen this time. There’s no recovery from the debt Trump has heaped upon America.
You must remember that as you celebrate the July 4th US Independence Day. The US may have gained independence from the British monarchy, but the country is totally dependent and at the mercy of its numerous debtors.
Donald Trump and his Republican enablers and facilitators have dug America into a debt hole so deep that the country may never be able to climb out of it. The weight of Trump’s mountain of debt will weigh the US down for generations to come.
And that’s exactly the consequence of putting the King of Debt in charge of the economy of a nation. When you elect as POTUS a man adept at indebtedness you reap the fruit of wretchedness.
Original articles from: Newsweek, Washington Post, and ProPublica.