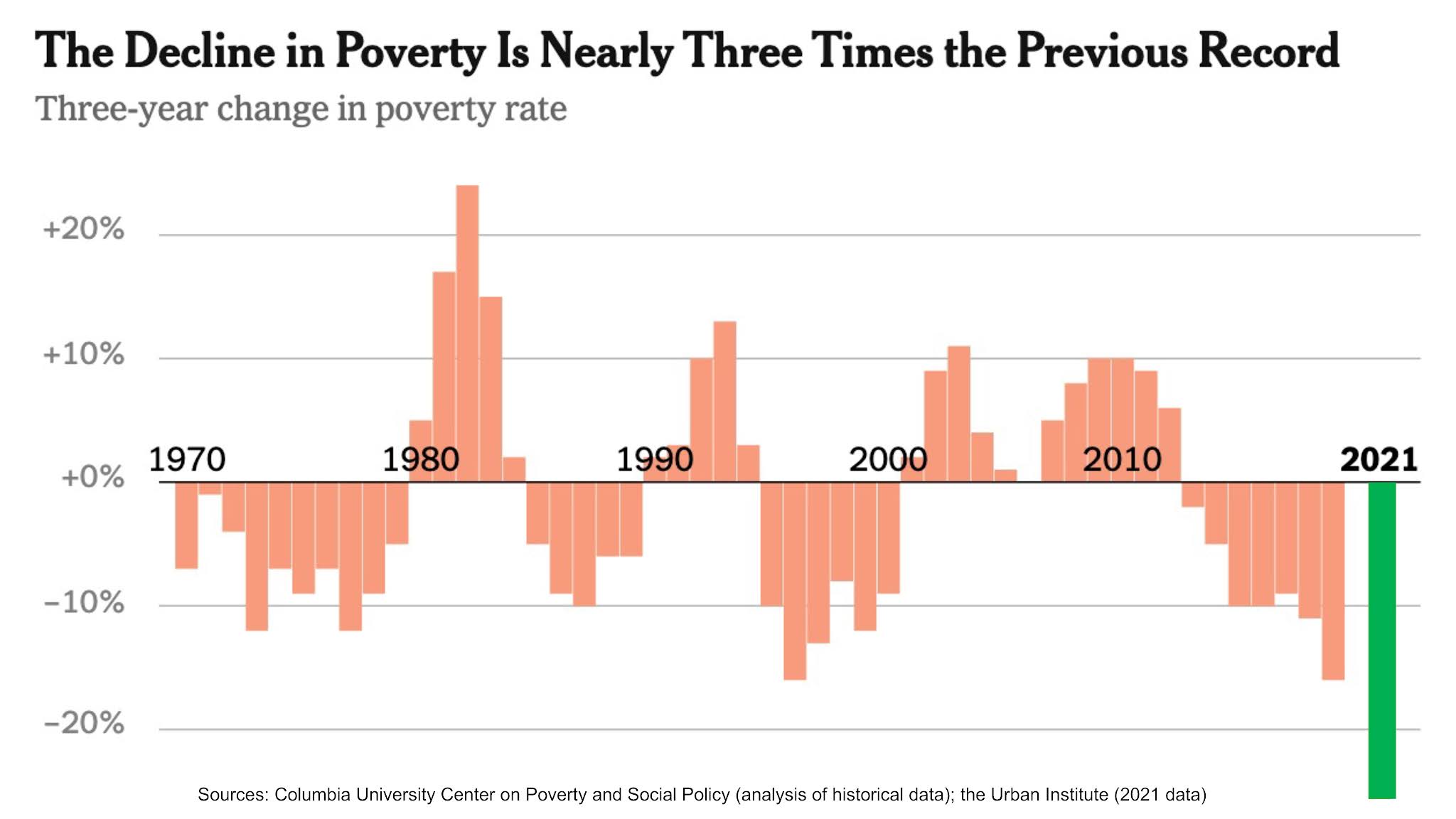 By Akin Ojumu
Passed into law early this year to provide the much needed relief to millions of American families reeling from the severe economic impact of the COVID-19 lockdowns, the American Rescue Plan Act of 2021 is one part of Joe Biden's Build Back Better plan which also includes the American Jobs Plan and the American Families Plan. The nearly $2 trillion legislation - one of the most expensive rescue packages in US history - was heavily criticized by the Republican Party as another wasteful giveaway by profligate Democrats to their deadbeat lazy bums voting bloc that's always looking out for government handouts.
The spending package includes, among several other targeted and direct spending provisions, the following (Source: National Conference of State Legislatures):
• $350 billion to help states, counties, cities and tribal governments cover increased expenditures, replenish lost revenue and mitigate economic harm from the COVID-19 pandemic.
• Direct payments of $1,400 for individuals, $2,800 for joint tax filers, and $1,400 for each qualifying dependent.
• $122.7 billion for the existing Elementary and Secondary School Emergency Relief Fund to remain available through Sept. 30, 2023.
• Extended the Pandemic Unemployment Assistance program through Sept. 6, 2021, while increasing the total number of weeks of benefits available to individuals who are not able to return to work from 50 to 79 weeks and provides guidance to states on coordinating with other unemployment benefits when needed.
• $27.4 billion in emergency rental assistance.
• $5 billion to assist people who are homeless with immediate and long-term assistance (emergency housing vouchers). Funds will remain available until September 20, 2030.
• $7.25 billion for the Paycheck Protection Program (PPP) forgivable loans.
• $7.2 billion Emergency Connectivity Fund to reimburse schools and libraries for internet access and connected devices.
• $30.5 billion in grants to transit agencies to use for operating expenses, including payroll and personal protective equipment costs.
There are those who are alarmed, and rightfully so, that the $1.9 trillion behemoth would drill a massive hole into the taxpayers’ coffers, and will add more bricks to the mountain of the nation’s debt. Nevertheless, there are positive signs that should allay those fears, at least for those sincere in their fiscal concern and not simply playing the usual cheap political game.
The American Rescue Plan is turning out to be an effing big deal. The mammoth relief plan is firing on all cylinders, meeting and surpassing all economic expectations.
Projections developed using the Urban Institute’s Analysis of Transfers, Taxes, and Income Security model show that the American Rescue Plan is a huge success as it’s rescuing large numbers of poor Americans from the sinkhole of extreme poverty in which they’ve been trapped for years. The COVID-19 Relief Package is doing a freaking good job in bringing relief to many American households.
The following are the key findings from the projections (Source: Urban Institute):
• Using the Supplemental Poverty Measure, the annual poverty rate projection for 2021 of 7.7 percent is well below the rate of 13.9 percent that we estimate for 2018.
A 45 percent decline that is nearly three times the previous three-year record, according to historical estimates by researchers at Columbia University.
• The projected poverty rate for children is 5.6 percent, for adults ages 18 to 64 it is 8.1 percent, and for people aged 65 and older it is 9.2 percent.
A decline of 61 percent exceeding the previous 50 years combined.
• The 2021 poverty rate is projected to be higher for Black, non-Hispanic people (9.2 percent), for Hispanic people (11.8 percent), and for non-Hispanic Asian American and Pacific Islanders (10.8 percent) than for white, non-Hispanic people (5.8 percent).
“These are really large reductions in poverty – the largest short-term reductions we’ve seen,” said Laura Wheaton of the Urban Institute, who produced the estimate with her colleagues Linda Giannarelli and Ilham Dehry (New York Times).
• The federal stimulus checks have a larger antipoverty impact than any of the other programs; if all other programs were in place but the stimulus checks had not been paid, we project 12.4 million more people would be in poverty in 2021.
• The Supplemental Nutrition Assistance Program (aka Food Stamps) alone keeps 7.9 million people out of poverty in 2021, and unemployment insurance benefits lower the number in poverty by 6.7 million (assuming all other programs are in place).
• The combined benefits have the largest impact on children, reducing their projected 2021 poverty rate 81 percent relative to what it would be without any benefits (from 30.1 percent to 5.6 percent).
• The benefits have the largest impact on Black non-Hispanic people (reducing their 2021 projected poverty rate by 74 percent) and the smallest impact on non-Hispanic Asian American and Pacific Islanders (reducing their 2021 projected poverty rate by 54 percent).
Any amount of spending makes the scrooges antsy. Having to go into debt to assist someone in need, sends the penny-pincher into panic attacks. Yet not all debts are equal. There’s a distinct difference between a good and a bad debt. “The way to determine which is which,” according to Jennifer B. Harper of the Bridge Financial Planning, “is to consider whether or not the debt is creating a future opportunity or a future problem.”
I couldn't agree more. While it’s true that the $1.9 trillion American Rescue Plan adds to the national debt, the number of Americans being lifted out of poverty, as a result of the plan, is a massive investment that will yield a huge return on investment in the future. So, let all the scrooges take a chill pill, the American Rescue Plan is working. It is creating future opportunities that will, on the long run, pay for itself many times over.