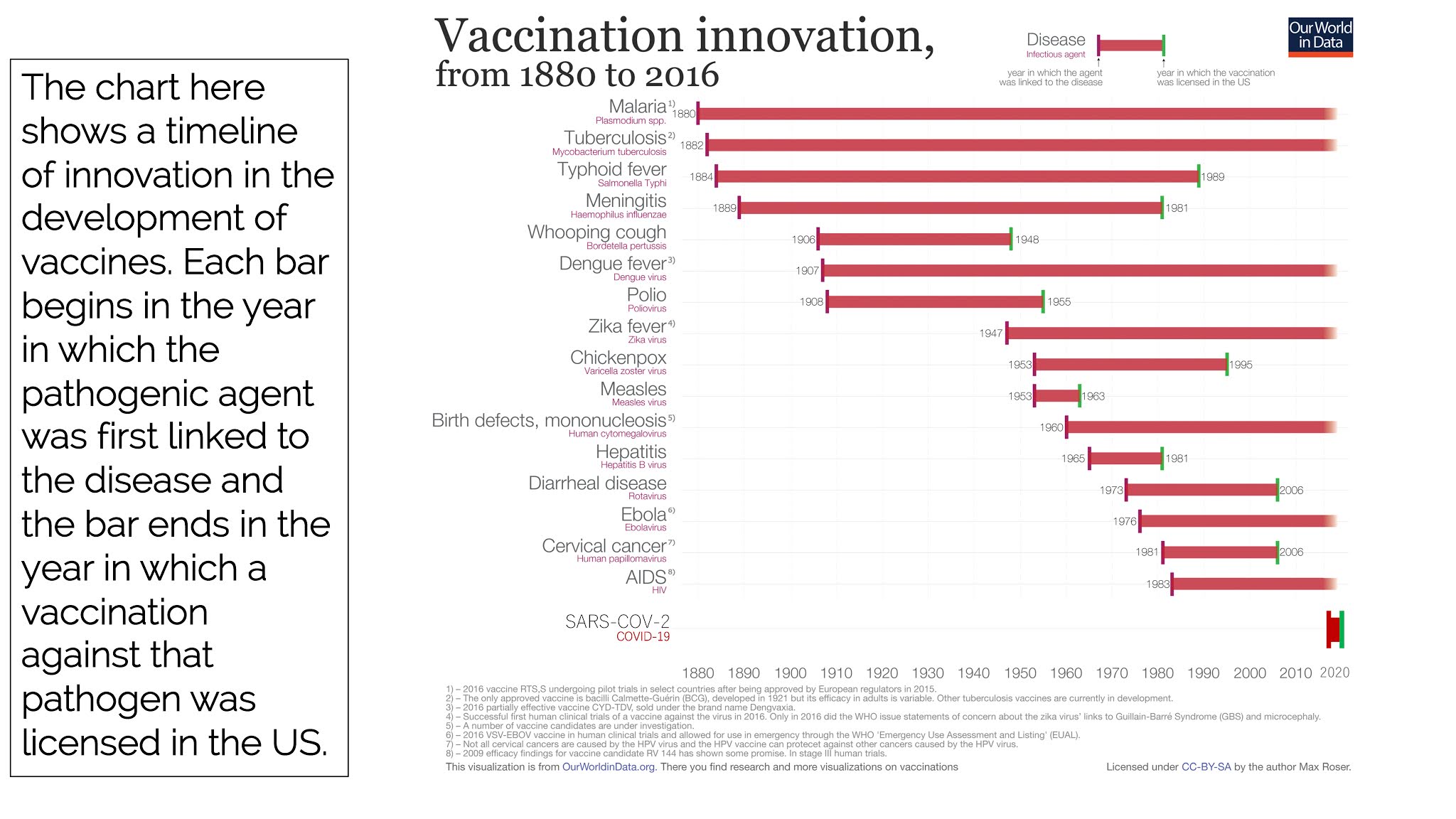 The chart here shows a timeline of innovation in the development of vaccines. Each bar begins in the year in which the pathogenic agent was first linked to the disease and the bar ends in the year in which a vaccination against that pathogen was licensed in the US.
For some diseases there has been a relatively short timespan between when the infectious agent was linked to the disease and when a vaccine was developed. Prior to the development of the COVID-19 vaccines, which took less than a year from disease onset to vaccine, the quickest was the 10 years it took for measles vaccines to be developed; the measles virus was linked to the disease in 1953 and the vaccine was licensed in the U.S. in 1963.
Malaria is proving harder as it has been over a century since the agent was linked to the disease. Alphonse Laveran discovered in 1880 that the Plasmodium parasite is the cause for malaria.
Early vaccines developed in the last several decades were insufficiently effective and until recently none of the scientific efforts led to a licensed vaccine. Recently there has been new hope for a malaria vaccine as we document in the relevant section in our entry on malaria.
Vaccine innovation has followed both scientific and political-economic developments:
Courtesy of Our World In Data