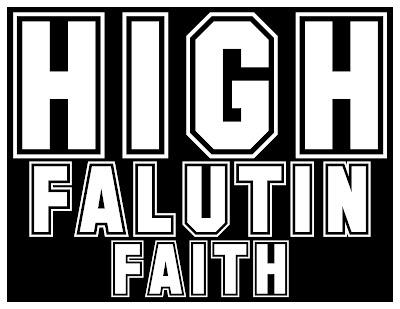 As I have grown in my faith, I have come to understand and appreciate the simplicity of Christianity. That plainness is evident in the way lost souls come to the saving knowledge of our Lord Jesus Christ;

“…that if you confess with your mouth Jesus as Lord, and believe in your heart that God raised Him from the dead, you will be saved.”

Ever since the very early beginnings of Christianity, men have devised ways to complicate Christianity. For a variety of reasons, obstacles have been laid on the path to salvation. Like the Pharisees of old, men and women of God have erected insurmountable man-made barriers along the road to eternity. Through hifalutin doctrines, meaningless rituals, and ineffective ordinances those who want to live the Christian life find themselves engaged in a battle to overcome the traditions and opinions of men and women of God.

The blood of Jesus shed for the redemption of our sins is now considered not potent enough to wash away our sins. A simple faith in a saving grace of our Heavenly Father has since been replaced with a requirement for empty works and showy piety. A humble and bowed heart communing with a merciful God is no longer deemed sufficient for our prayers to reach the ears of God. To bring Heaven down, we are now told, it takes some deep and exotic kind of prayers that only a select few are able to muster.

The Holy Spirit, we are made to understand, responds only when called upon by certain special class of people who are high and mighty in the spiritual totem pole. In order to be heard, the rest of us will have come to God crawling and cap in hand through these spiritual giants whose intervention we need to bring our prayers to the Gates of Heaven.

The words and utterances of these spiritual superstars are taken as gospel truth and whatever they say supersedes everyone, and it doesn’t matter that what they say may contradict Scriptures and go against the grain of the Gospel. The pronouncements of the men and women of God are law that must neither be trifled with nor disobeyed. Whoever raises his voice in opposition or rises with an alternative opinion is accursed.

These are the special men and women who invoke sickness and disease, woe and misery, death and destruction upon perceived enemies. They are those who warn the redeemed of the LORD that they would go to hell if they don’t pay their tithes. It is the people who get uncomfortable and quickly overcome with jealousy whenever they see the work of God blossoming in a particular parish and without much thought quickly go to quench the fire of the Holy Spirit by maligning and cutting the wings of the man God is using for His purpose. These are the men and women who merchandise the Gospel and exploit the Church for their own evil concupiscence. They are wont to corrupt the Word God, complicate the act of praying to God, and condemn the flock of God to a Christian live riddled with fear and guilt. The end product of their work is a doubtful Christian blown to and fro and going about unfulfilled in his walk with God.

Is it any wonder then that charlatans are having a field day in the household of faith? Does it surprise you that the Church is packed with weak and ignorant Christians who always look up to the men of God to get answers to their prayers? It explains why the House of God is no different from a marketplace where there’s buying and selling of worldly goods. This is exactly the reason Christianity seems to have lost its place and influence in a modern-day world.

Paul, perhaps the greatest Christian that ever lived, made this explicitly clear in his letter to the Corinthian Church.

When I first came to you, dear brothers and sisters, I didn’t use lofty words and impressive wisdom to tell you God’s secret plan. For I decided that while I was with you I would forget everything except Jesus Christ, the one who was crucified. I came to you in weakness – timid and trembling. And my message and my preaching were very plain. Rather than using clever and persuasive speeches, I relied only on the power of the Holy Spirit. I did this so you would trust not in human wisdom but in the power of God.

Yet when I am among mature believers, I do speak with words of wisdom, but not the kind of wisdom that belongs to this world or to the rulers of this world, who are soon forgotten. No, the wisdom we speak of is the mystery of God – his plan that was previously hidden, even though he made it for our ultimate glory before the world began. But the rulers of this world have not understood it; if they had, they would not have crucified our glorious Lord. That is what the Scriptures mean when they say, “No eye has seen, no ear has heard, and no mind has imagined what God has prepared for those who love him.”

And that, my friend, is the simplicity of Christianity in contrast to highfalutin religiosity.