HOW MANY MORE BLACK PEOPLE WILL HAVE TO BE MURDERED BEFORE THESE SENSELESS KILLINGS STOP? 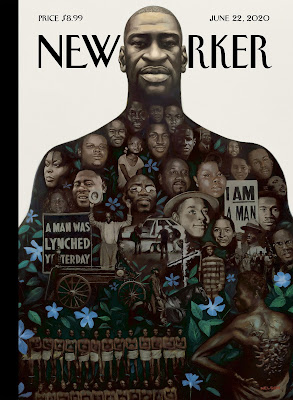 Rayshard Brooks
Brooks, twenty-seven, was shot and killed by an Atlanta police officer on June 12, 2020, while fleeing during a struggle at a Wendy's drive-thru late Friday. Brooks had been asleep in his car at the drive-thru, causing other customers to drive around the car

George Floyd
Floyd, forty-six, was killed by a Minneapolis police officer on May 25, 2020, after the officer knelt on his neck for nearly nine minutes. The officer, who was fired, has been charged with second-degree murder.

Ahmaud Arbery
On February 23, 2020, Arbery, twenty-five, was chased and fatally shot by two white men in his South Georgia neighborhood. The men have been charged with murder and aggravated assault.

Tony McDade
McDade, thirty-eight, was fatally shot by a member of the Tallahassee Police Department on May 27, 2020. The officer has been placed on leave pending the outcome of an investigation.

Trayvon Martin
Martin, seventeen, was fatally shot on February 26, 2012, in Sanford, Florida, by a neighborhood watchman. The watchman was acquitted of all charges.

Laquan McDonald
McDonald, seventeen, was fatally shot on October 20, 2014, by a Chicago police officer. The officer was found guilty of second-degree murder and aggravated battery.

Freddie Gray
Gray, twenty-five, died on April 19, 2015, a week after suffering a severe spinal injury in a police van. The six Baltimore Police Department officers involved in his arrest were suspended and charged, but none were convicted.

Eric Garner
Garner, forty-three, was killed on July 17, 2014, after a New York City Police Department officer placed him in a choke hold. The officer was fired from the department in 2019.

Aiyana Stanley-Jones
Stanley-Jones, a seven-year-old, was shot and killed, in her home, in a raid by the Detroit Police Department, on May 16, 2010. Following two mistrials, charges against the officer who killed her were dismissed.

Botham Jean
Jean, twenty-six, was fatally shot in his apartment by an off-duty officer of the Dallas Police Department, on September 6, 2018. The officer was found guilty of murder.

Michael Brown
Brown, eighteen, was fatally shot by a police officer, in Ferguson, Missouri, on August 9, 2014. The officer was not indicted.

Sandra Bland
Bland, twenty-eight, died in jail on July 13, 2015, three days after being arrested during a traffic stop in Prairie View, Texas. The Texas state trooper who arrested her was fired.

Yvette Smith
Smith, forty-seven, was fatally shot by a sheriff’s deputy, in Bastrop County, Texas, on February 16, 2014. The officer who killed her was charged with murder and acquitted.

Alton Sterling
Sterling, thirty-seven, was fatally shot on July 5, 2016, by an officer in the Baton Rouge Police Department. The Justice Department and the state declined to bring charges.

David McAtee
On June 1st, McAtee, fifty-three, was shot and killed by Kentucky National Guard officers during protests, in Louisville, over the deaths of George Floyd and Breonna Taylor. Police officers at the scene had not turned on their body cameras. The police chief was fired.

Walter Scott
Scott, fifty, was shot and killed by a North Charleston police officer on April 4, 2015, after being stopped for a nonfunctioning brake light. In 2017, the officer was sentenced to twenty years in prison.

Breonna Taylor
Taylor, twenty-six, was fatally shot, in her home, on March 13, 2020, by Louisville police officers. The officers have been placed on leave during an investigation.

Tamir Rice
Rice, a twelve-year-old, was killed on November 22, 2014, by a Cleveland police officer. A grand jury decided not to indict, and the officer was later fired for an administrative offense.

Philando Castile
Castile, thirty-two, was fatally shot during a traffic stop on July 6, 2016, by a police officer from St. Anthony, Minnesota. The officer was acquitted of all charges.

Stephon Clark
Clark, twenty-two, was shot and killed in the back yard of his grandmother’s house on March 18, 2018, by two officers of the Sacramento Police Department. Neither of the officers was charged.

Martin Luther King, Jr.
King was assassinated, at thirty-nine, on April 4, 1968. The man convicted of his killing was sentenced to ninety-nine years in prison.

Medgar Evers
Evers, thirty-seven, was assassinated on June 12, 1963, by a member of the Ku Klux Klan. His killer was convicted in 1994.

Malcolm X
Malcolm X was assassinated, at thirty-nine, on February 21, 1965. Three members of the Nation of Islam were convicted of his murder.

Emmett Till
Till, fourteen, was lynched on August 28, 1955, by two men in Money, Mississippi. His killers were found not guilty.

Rodney King
On March 3, 1991, the twenty-five-year-old King was violently beaten by four Los Angeles police officers. None of the officers were convicted in California; two were convicted on federal civil-rights charges.