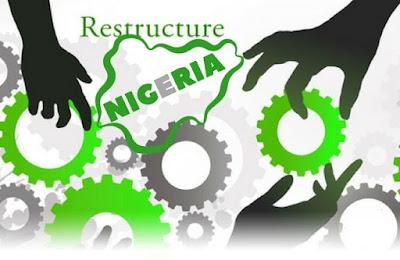 From election season to election season, men and women with brains the size of millet seeds have been elected to political offices in Nigeria. Consequently, the country has been subject to successive regimes of inept political leadership. The political parties in the country are mirror images of one another and the political actors are all cut from the same soiled cloth.

Over the years, many ideas have been floated as solution to the endemic problem of hapless leadership and poor governance. Constitutional amendments, restructuring, secession, etc. have all been proposed and some have even been tried. Till date, none of those has wrought the much needed change. The reason they haven’t lived up to the hype is simply because they barely touch the surface of a mountainous problem whose roots go deep. In many cases, the proffered solutions have made the problem worse.

Insanity has been defined as doing the same thing over and over again and expecting a different result. In order to cure ourselves of our insanity as a people, it is high time we did something different. The paradigm of our mindset must alter drastically in order to steer the massive ship of our nation away from the path of destruction its currently on. To chart a new course for Nigeria, we must be ready and willing to embrace a radical thought.

Here, I present to you a radical idea for restructuring Nigeria positively and permanently. This proposal tackles the cause of the governance problem rather than the attendant effect. The recommendations address the major reason unqualified candidates run and win elections in Nigeria, which is the windfall of political office. The only way forward for Nigeria is to turn the milk and honey of political positions into sour grapes. The idea postulated here will permanently turnoff the firehose of the bonanza of political office.

To disincentivize the mad rush for political office by riffraffs and area boys, the incentives of holding a political office must be taken away. In order to discourage those who have no desire for public service from seeking public office, political offices and appointments must be turned into a scheme akin to the NYSC. In this modified form, elected politicians will serve their term without receiving salary, compensation or any other type of fringe benefits.

In addition to the above, Nigeria’s behemoth political infrastructure must be restructured along the following lines:

o   Thirty-six States are a lot of excessive weight to carry for a country like Nigeria; we can't afford, and we certainly don't need, these many. Merge the thirty-six States in the country into 4 regional governments namely; East, West, Northeast and Northwest
o   Nigeria doesn't need a resource sapping but valueless House of Representatives, scrap it wholly
o   The Senate is a N2 billion waste, it must be trimmed. Limit representatives in the Senate to two per state making a total of eight members
o   The Office of the Vice President is a glorified errand boy/girl that does the country no good, dissolve it
o   The Federal Ministries are a heavy burden Nigeria can't carry into a prosperous future. Cut them down to a maximum of eight Federal Ministries
o   A Federal Ministry doesn't need a Minister who is a political appointee clueless to the functions of the Ministry under his purview. Appoint a career civil servant to head each Federal Ministry
o   The Office of Deputy Governor adds no value to the lives of Nigerians, junk it
o   No State should have more than five ministries
o   The State ministries don't need clueless political appointees as Commissioners. A career civil servant should head the ministries
o   Each State should have no more than four local governments
o   The Local Governments should have no more than four Councilors
o   The Local Government Chairman position should be rotated every two years among the four Councilors
o   Term limits for all political offices must not exceed two terms

Some reading this might be thinking, this can never become law in Nigeria. Close associates of mine have told me that for this to be implemented in Nigeria it'd require a radical military ruler. Their points and skepticisms are all well taken. This is a radical idea and it's going to be painful for the parasites who have benefited from the existing system for so long. It is a massive shift from the current paradigm and it'll require a lot of will and sacrifice. And that's exactly the point. Public service is a sacrifice and not meant to be a personal cash cow. What have we got to lose for trying something this radical? Nothing. On the contrary, we've got everything to again. The future of our nation for starters.

Let me paint the grim picture of the current situation for you, perhaps you'd understand the necessity for a radical action such as this one.

The average Nigeria National Assembly member receives an annual salary package of about  $600,000 (a total of $65.5 million and $216 million for 109 Senators and 360 House of Representatives members respectively), and a combined total of $280 million per year in salary alone for the entire NASS.

What does that translate into in terms of productivity measured by the number of bills debated in the both chambers? The answer is, not very much. In a year, both chambers of the National Assembly of Nigeria consider a combined total of about 516 bills. What that means is that for every bill debated in NASS, it costs Nigeria $540,000. Contrast that level of productivity with that of the United States, where the total annual salary of all US Legislators combined is about $93 million. The US congress deliberates on about 12,000 bills in a year; meaning it costs the US about $7,750 per bill. That's right, in Nigeria it costs $540,000 per bill debated, while in the US it is $7,700 per bill debated.

To put that in perspectives, Nigeria has a population of 186 million, while the US has 325 million people. There are 774 local governments in Nigeria compared to 3007 in the US. Yet, it costs Nigeria three times the amount of money to run a presidential system of government than it costs the United States, a country with a population of almost twice that of Nigeria. If that doesn't bother you, I don't know what would.

Nigeria cannot afford this level of waste and drain to the economy. It is total unsustainable. This has got to stop. If there is no course correction, the Nigeria political system, as currently constituted and practiced, will bring us to financial ruin. By embracing such a expensive and highfalutin political system, the present generation of Nigerians are on course to bankrupt the future of their children, grandchildren, and great grandchildren.

The fierce urgency of now calls for an immediate and surgical action. To move Nigeria forward into a prosperous future, we must take a sledgehammer to all the rewards of political office. Anyone who wants to serve their fatherland as a politician must be willing and ready to serve at their own cost. It is the only way to separate the chaff from the wheat in politics.

There are many Nigerians whose love for country is strong enough to propel them to make the sacrifice and serve the nation without earning a kobo of compensation. The solution to the perennial bad government and poor governance lies in the issue of the spoils of office. Take the spoils away and the political opportunists and professional politicians will disappear.

Once these radical changes are instituted, let’s see how many politicians love their country enough that they would be willing to serve her at their own expense. Until, we deemphasize the monetary rewards of political appointments and we dry up and seal the deep well of the spoils of political office, we would never be able to get good quality Nigerians to step forward to lead the nation.