EVEN A PINATA HAS ITS MOMENT OF MADNESS 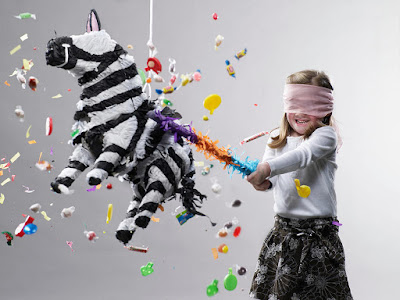 There's no excuse for violence. Nothing justifies looting and destruction. I consider myself a man of peace and a lover of concord. Violence of any kind offends me greatly, and I’m never in accord with any form of discord. Any destruction of lives and properties sticks in my craw.

That said, the condemnation of the violent reaction to a violent act without an equal demonstration of outrage towards the violent act that led to the violent reaction will continue to perpetuate the cycle of violence in the society. To express righteous indignation to lawlessness while being mealy mouthed about the cause of the lawlessness is nothing but manufactured outrage; an insincerity of the highest order. Violence will always breed violence; it is the natural law of cause and effect. To every action there’s an equal and opposite reaction.

The looting and burning we see occurring on the streets of cities across America is the lashing out of people whose elastic limit of tolerance has been shattered. It is the natural recoil of people whose back has been consistently and persistently pressed and pushed against the wall. Since they can’t break through and enter the wall, the only way of escape is to lash out. Even piñatas have their moments of madness. When you’ve been the punching bag of societal injustice for so long, one day you are bound to hit back.

The civility of a civil society is only as good as the upholding of the societal contract that binds the society together by all parties to the contract. When one party to the agreement consistently violates the terms of the contract and fails to live by its terms, and each time the contract is violated all the society does is roll their eyes and move on with their lives, and in a few short days pretend it never happened, the unruliness we are seeing unfolding before our eyes is always bound to be the consequence. When the society consistently fails them, oppressed people will ultimately find an outlet, outside of societal norms, to express the pain and discomfort of their oppression.

Damn the backlash and to hell with the consequences, one of us has to say out loud what each of us has always known, at the back of our collective minds, to be true. To maintain Law and Order in the society, the societal contract between its members must be upheld by all.