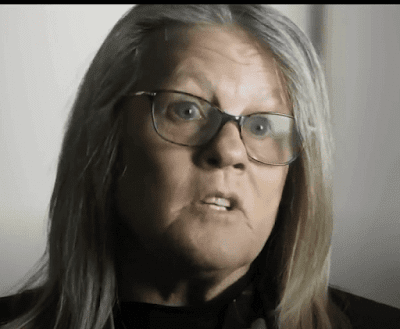 Long before she became a darling of conspiracy theorists, Judy Mikovits, along with other Scientists and investigators, participated in a 2012 press conference, organized by the Columbia University, Center for Infection and Immunity, where the results of a multi-center collaborative follow up study on chronic fatigue syndrome were presented. The follow up study was conducted in an attempt to reproduce the conflicting findings of earlier studies conducted by Judy Mikovits and other investigators.

The findings of the follow up study conclusively refuted the earlier results of Judy Mikovits’ study which in 2009 linked chronic fatigue syndrome to mouse retroviruses. Her findings, the collaborative study concluded, was due to contamination of her research processes. It was later found that she used faulty research methodology in her study.

As a member of the joint study team, and a panel discussant in the press conference, Dr Mikovits was effusive of the joint effort and she lavished praise on the completed work which she described as one that was done with professionalism, rigor and transparency. Science at its best, was how the moderator described it.

Fast forward 8 years later, Judy Mikovits has embraced pseudoscience and became a darling of conspiracy theorists. She now falsely accused Dr Anthony Fauci, the Director of NIAID who funded the collaborative research effort of which she was a leading investigator, of burying her research. With nothing to substantiate her claims, she alleged that Dr Fauci along with Bill Gates are involved in a secret plot to use Coronavirus pandemic to profit and grab political power.

Ever since she bursted into the limelight, my brain cells have lit up and burning bright trying to figure out what happened to Dr Judy Mikovits. What transpired between the 2012 press conference and now that turned her against a profession she once was a proud member? How did a respected scientist become a promoter of pseudoscience and a megaphone for conspiracy theorists? What sort of mental derangement would have caused a bright scientist to become an unrecognizable shell of her distant past? Did a fuse in the circuit breaker of her mind break that pushed her over the edge? It is a curious turn of event that needs serious scientific examination.

Below, is the information about the 2012 press conference at Columbia University. You can also watch it on YouTube as a 4-part video. It is highly recommended.

The causes of chronic fatigue syndrome/myalgic encephalomyelitis (CFS/ME) have long eluded scientists. In 2009/2010, two high-profile papers linked the syndrome to infection with a mouse retrovirus called XMRV (xenotropic murine leukemia virus (MLV)-related virus) and murine retrovirus-like sequences (designated pMLV: polytropic MLV). Given that affected patients often have symptoms consistent with a chronic infection, this viral connection was deemed plausible, and the findings were celebrated as a major achievement for a complex disease that afflicts nearly 1 million in the U.S.

However, follow-up investigations by several laboratories were unable to detect XMRV or pMLV in CFS patients.

To definitively resolve this issue, the National Institute of Allergy and Infectious Diseases commissioned a large-scale, multicenter study under the auspices of the Center for Infection and Immunity at Columbia University’s Mailman School of Public Health, in partnership with the Centers for Disease Control and Prevention, the Food and Drug Administration, the NIH’s National Cancer Institute and Warren G. Magnuson Clinical Center, and others (see full list below).

Investigators from the multicenter study on CFS/ME and XMRV/pMLV will discuss their findings and future directions.