CORONAVIRUS PANDEMIC UPDATE: TO MY FRIENDS ON FURLOUGH FROM THEIR SPIRITUAL DUTIES, WRITE 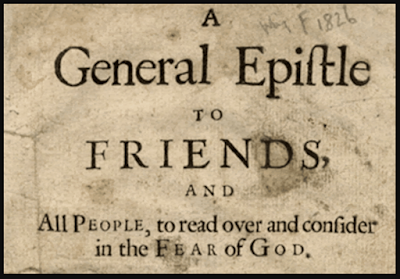 A common refrain among many of my Christian friends who lean to the right on the political spectrum is how much their religious quality of life has improved since Donald Trump took over as POTUS. A little over 3 years into the regime of the current occupant of the White House, they say their lives as a Christian – whatever that label even means in these days of rabid hyper partisanship – have never been so good.

Whenever you try to get them to admit the moral emptiness of Donald Trump’s soul, and you attempt to show them how vast a trackless wasteland is the spirit of the man they so adore, these friends of mine are always quick to tell you they don't care. And the reason they couldn’t careless, as they often put it, is because Trump's presidency has made it possible for them not to be in constant need to pray and intercede, unlike they did during the 8-year presidency of Barack Hussein Obama.

Again and again, my friends will tell you that because of the hostility of Obama towards God and Christianity, and his administration's war on religion and religious folks they, as it were, lived perpetually on their knees in prayers and supplications for the entire 8 years of that godless impostor Muslim from Kenya. Never before have they had to pray like they did during the dark ages of the presidency of Barack Obama; a regime that wrought upon the Christian world such evil that has never before witnessed in the world. Although there was not a single instance when they were prevented from praying or stopped from going to church, nevertheless, their faith, they claim, was under siege during the Obama years.

According to these my friends, God finally answered their prayers. A modern day Cyrus who has come to restore the lost glory of Christianity and usher in the long desired peace for those of them who are the "real Christians" was, by divine ordinance and prophetic pronunciation, elected POTUS.

Consequently, when those of us who, in their eyes are "unreal Christians," remind them of the profound character flaws of their messiah and the deep moral degeneracy of their modern day Cyrus, they block their ears and don't want to hear it. Their usual response is to let you know that they can’t be bothered by all that “fake news”, as long as they are left to their spiritual slumber and continue to enjoy their vacation on the island of prayerlessness.

But while my friends are busy enjoying their spiritual slumber in the era of Trump and are sipping the intoxicating Kool-Aid on the leisure cruise of prayerlessness, chaos descends upon the world. As they are gone on a vacation of suspended Christian soldiering, a noisome pestilence sweeps across the nations. In their state of oblivious pleasure, a novel Coronavirus wreaks havoc and decimates everything in its path.

As I write this, more than 1 million people in over 180 countries have tested positive and more than 50,000 lives have been lost. Healthcare systems and hospitals, including those of advanced nations, are overwhelmed and healthcare workers are reeling from long hours and endless shifts. Life as we know it has been put on hold and our daily routine has been put on the pause. Nations across the world are on complete lockdown. In a mad rush to stop the virus spread, social distancing practices have been widely embraced. Businesses, schools, and churches have been shuttered. Soccer leagues, basketball seasons, and other sporting events including the Olympics have all been canceled. The world's economy is in ruin, recession has set in, and the stock markets have crashed to unprecedented lows. Within 2 weeks, more than 10 million jobs have vanished in the United States. Means of livelihood for many, that only 2 weeks ago seemed all but guaranteed, have suddenly evaporated.

Fear and terror grip the hearts of people of the world. Leaders of nations are waging futile battles to contain and mitigate the viral flood that has overtaken their lands. And the Cyrus of our time has fared far worse amongst them all. After an initial period of reckless denial and callous attempt to downplay the severity, the messiah of my religious friends erratically lurches from pillar to post – spreading a bunch of lies along the way – as he helplessly and incompetently watches the number of cases skyrocket and the death toll grow exponentially. And while hundreds of thousands of his fellow citizens are infected and the body bags pile up in makeshift morgues, the man who is to restore the kingdom of God in the world still finds the time to boast about the TV rating of his Coronavirus press briefings and he couldn’t stop his narcissistic inclinations from bragging about being number one on Facebook.

It’s at this sobering juncture, after seeing the forecasts projecting that as many as 200,000 people may die before all this is said and done, that I'm forced to write this letter to all my friends who are on spiritual furloughs. Honestly, it is my nature to barge in on you like this, it is very much unlike me to disturb your season of merriment which, as you keep reminding me, you have earned after spending 8 years on your knees deep in prayers and for agonizing in earnest prayers that your sweat, like great drops of blood, fell down to the ground forming a pool of blood around when you knelt.

Nonetheless, disturb I must as this is a matter of life and death. You must make haste to return to the spiritual warfront. We beckon unto you to suspend your furlough from the spiritual battlefield. You must resume your position in the place of prayers. Suspend your vacation from your spiritual duties and return to your watch posts on the tower of prayers. Take up you horn and begin to sound the warning once again. Your long period of spiritual somnolence, while you might have enjoyed it while it lasted, has not done the world any good. For the good of all mankind, your spiritual leave of absence must come to an end.

Now I know I’m the last person you’d want giving you advice these days. Hey, that my words don’t carry much weight in your opinion these days doesn’t bother me one bit. Nothing I say is likely going to matter much in your estimation. That said, you don't have to listen to me or heed my plea. This is not about me, so discount me. Do this for the man who paid your way to your vacation on prayerless island. Return because of him who facilitated your vacation to spiritual languidness. For the sake of the man you fervently believe is the modern day Cyrus, come back from your furlough and go back on your knees in prayers and cry for repentance that God may heal our land.

Perhaps, God will once again answer your prayers and bring this plague to an end.