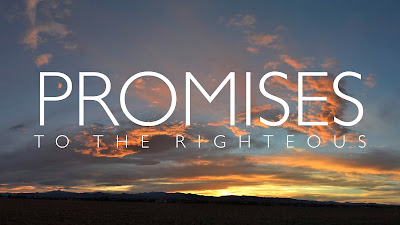 As people of God, God's love has been poured out into our hearts through the Holy Spirit, who has been given to us.

Therefore, a Christian that wishes, prays, advocates, encourages, or supports violence or death on another human being – regardless of whether or not that human being is Muslim, a terrorist, or something worse – does not have the love of God in him; to wish harm on any of God's creation is not righteousness, it is evil spawn of the devil and a sin.

That said, the Jews are a people of covenant whom God has given the Promised Land. In Genesis 15:18 we read,

“So, the LORD made a covenant with Abram that day and said, “I have given this land to your descendants, all the way from the border of Egypt to the great Euphrates River.””

However, the Covenant is predicated on the Jews walking uprightly before God. They were only going to possess the Promised Land if and only if they walk in righteousness.

Well, we know that the Jews did not, and do not, walk in the way of God. The Jews are unsaved for they continue to reject the Messiah, they are apostates and idolaters. We read in Scriptures (Romans 9, 10, and 11) how, because of their sins, God set aside the Jews and turned to the gentiles. Those who were not of God have now become the children of God, because the Jews rejected God. They are, therefore, no longer the special recipients of God’s blessings. Israel ceased being the special vessel through which God blesses the world.

It is for that reason they have not fully possessed the Promised Land. And even the little piece of the real estate they possess, they are barely holding on to it as they are surrounded by enemies on all sides looking to destroy them. It is war and violence every day and no peace. All because they've turned their back on God.

Those Christians who support and cheer the killing of innocent Palestinians by the Israeli Army, do so because they do not understand, or perhaps have forgotten, the condition on which Israel was going to possess the Promised Land.

Israel will not possess the Promised Land by simply laying claim to it or by flexing their military might - which, by the way, is their current form of idolatry; they worship their military prowess and strength. Israel will not kill their way to what God has promised them. It is never going to happen.

Only through the righteousness that comes from the saving knowledge of Jesus Christ will the Jews possess the land of promise. Israel will inherit the Promised Land only when they turn away from their idolatry and apostasy and return to God and accept Jesus as the Messiah.

You see, our God is a faithful God. He will never renege on His promises and He will always keep His side of the covenant. While it is true that God has for now set Israel aside, albeit, it is only temporary. God will not completely forget Israel. His chosen people will be saved if they return to Him. The promise will be fulfilled when they remember from whence they’ve fallen and return to their first love.

So, to those Christians blindly hailing and calling for the extermination of the Palestinians, you are merely engaged in the same idolatry as the apostate Jews. It is empty zeal without knowledge. The promises of a righteous God are fulfilled only in righteousness.