APOSTLE PAUL, THE LIBERAL AND SOCIALIST 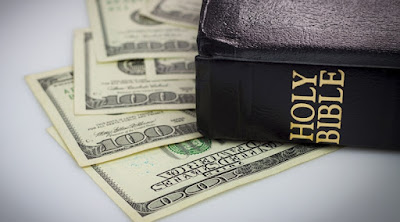 Socialism and Liberalism are some of the most hated words you will find in the American political lexicon. The Conservatives – especially those that wear the mantle of Christian Conservatives, the so-called Religious Right – despise those words with passion. According to these holy men and women of the Conservative world, Liberals and Socialists are godless lots on the path to utter damnation.

But guess what I found while studying the scriptures this morning. You guessed right…Socialism and Liberalism. Those two dirty words are right there in the scriptures, hiding in plain view.

And yes, godless liberal scums like me still study the Word of God, and just in case you are wondering, we pray too for good measure.

Imagine my shock when I discovered these despicable words – liberalism and socialism – in the Word of God. How on earth did they get there? Who inserted them there? Is this some kind of evil machinations by the morally corrupt Socialists and Liberals of the world in their cynical attempt to denigrate and defile the Holy Bible with such unholy words? Perhaps, it’s some type of translation error. God would never allow such words in His Word.

Curiosity got the better of me and my inquisitive mind would not allow me to just let it go. They kept pricking and urging me to unmask the mystery. The urge to know became quite irresistible, and the yearning for learning, I could not shake off.

So, I embarked on a myth-bursting quest to get to the bottom of this strange and unusual phenomenon. With all the intellectual gusto I could muster, I dug deep into concordance, and flipped through pages upon pages of encyclopedia. After much research and comparison of many versions of the bible, I was able to conclude, emphatically and unequivocally, that the inclusion of these words in God’s Holy Book was not some type of conspiracy by the soulless Socialists and godless Liberals. These indeed were words used by Paul in one of his Epistles. Oh yes, the one and the same Apostle Paul – who by no means is some godless Liberal bound for lake of fire.

By now, I probably have piqued your curiosity and you must be asking, “show me the scripture?”

“Charge them that are rich in this world, that they be not high minded, nor trust in uncertain riches, but in the living God, who giveth us richly all things to enjoy. That they do good, that they be rich in good works, ready to distribute, willing to communicate.”

Now you are probably asking, “Is that it, is that all you’ve got? Where is the socialism and liberalism that you promised to show us?” To which I’d say, “Hold your horses fellas, I’m not done yet. I’ll show it to you in a minute.”

The word translated “distribute” is the Greek word Eumetadotos, which in the Strong’s Concordance is translated: "ready or free to impart, ready to distribute, liberal."

The word “communicate” on the other hand is translated from the Greek word Koinonikos (the origin of which is the word Koinonia i.e. fellowship, communion, community). Strongs’ Concordance translates Koinonikos to mean: "to be social, sociable, ready and apt to form and maintain communion and fellowship." Also, it means: "to be inclined to make others sharers in one's possessions, inclined to impart, free in giving, liberal."

Now, I was like “Wow!” when I came across these interpretations. What’s even more striking is the fact that the words, Eumetadotos and Koinonikos, occur just this one time in the entire bible; you will not find them anywhere else or in any other instance in the bible. And the words were used in the context of wealth sharing i.e. distribution of wealth. As in the distribution of wealth that is a major pillar of Liberalism and Socialism.

The word “Charge” is the Greek word “Parragello” which means to command, to order, to declare; it was declaration, an order, and a command. Here in these two passages we find Paul commanding and ordering those who are “rich in this world” – by which he meant “those who have more than they need” and not just the millionaires or billionaires – not to be high minded i.e. don’t think yourself to be anything special, don’t go about with an attitude that suggests you are better, smarter, wiser, sharper, more intelligent, or more righteous, more successful than everybody else, don’t look down on the poor and those who have little or nothing, don’t be proud or arrogant, don’t flaunt your wealth.

Paul also commanded those are rich not to trust in “uncertain riches” that is to say, don’t fix your hope on your possession and don’t put your trust on your wealth. Rather, he told them to put their trust in God – the One from whom all blessings flow, and who owns the cattle on a thousand hills.

Paul commanded the rich to have a good attitude toward people and toward money; with people, be humble, and with riches, be magnanimous. He ordered them to do good with their wealth. He instructed them to “be generous, to give liberally, to do noble deeds for others, to be ready to meet any need that comes across your way, and to be ready to share with anyone within their circle of influence i.e. family, friends, and acquaintances.” Paul told them to share their wealth liberally and to get with the social welfare program.

“Give, give, give,” was Paul’s command. And he wasn’t only talking about giving to a church or to the man of God. More importantly, Paul charged them to give to ordinary people, he commanded them to meet other people’s needs, he told them to open their bowel of compassion to others and help bring smiles to others by meeting their needs and sharing with them their wealth.

Apostle Paul, a proponent of distribution of wealth and an advocate of the liberal ideology; Paul a Liberal and a Socialist? What are the odds of that? The realization blew my socks off.

To all my fellow liberals, next time some conservative holier-than-thou blowhard thumbs his nose at you and derisively calls you a liberal and a socialist, tell him you are in holy company, and be proud to wear your liberalism as a badge of honor.