MY GRANDMOTHER’S WELL OF WITTY SAYINGS 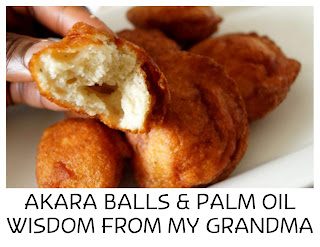 For someone with no formal education and who never saw the four walls of a school classroom, my late Grandma, God bless her heart, was extremely witty and sharp as a tack. Her mental astuteness and keen intelligence were off the charts. In the most uncanny way possible, she seemed to always have a poignantly clarifying idiom that captured the zeitgeist of the moment and had a way of dropping it at the most auspicious times.

Mama N’Idogun, as we fondly called her, was a walking talking compendium of indigenous sayings and an encyclopedia of native proverbs who liberally watered the fallow grounds of the mind of her offspring from the deep well of her folk wisdom turning us to lush gardens seeded with knowledge and understanding. Had she had the opportunity to receive a formal education, it is not hard to imagine she would have become an erudite scholar at one of Nigeria’s universities.

Of the numerous sayings that flowed from my Grandma’s well of witty sayings, my favorite must be the one that describes the specious relationship that exists between akara balls and the palm oil. It is a classic among members of my family old enough to have sat at the feet of Grandma as she told us stories after stories. And this is how it goes in my native dialect;

Don’t blame yourself if the moral of this saying doesn’t come across to you easily. In fact, I’d be surprised if you knew what it meant at all. Such is the greatness of my Grandma’s sagacity. It is privileged knowledge revealed only to a few initiated, but I’m going to pull the curtain back just this one time to let you in on a highly classified family secret.

Akara, also known as bean cake, bean ball, bean fritas (Cubans), or acarajé (Portuguese), is a popular Nigerian breakfast recipe made from beans. To make akara, you ground beans mixed with ingredients of your choice into a thick puree, and then you pour scoops of the beans puree into sizzling hot oil. Although more people use vegetable oil these days, traditionally, red palm oil is the oil of choice, and it remains the choice of the people of Osu, the quaint little town situated between Ife and Ilesa in Western Nigeria, where fried akara is the lifeblood that sustains the town’s economy and where it is customary for travelers to stop and buy akara before continuing on the journey to their different destination. But I digress.

So, as I was saying, you make akara by scooping balls of beans puree into sizzling hot palm oil. You allow the underside to fry until it is uniformly brown, and then you flip it over to fry the other side as well. When it is all done and ready, the akara ball is all brown on the outside having absorbed the palm oil in which it was fried. However, when you break it open, the inside is all white.

The following is what the saying of my familial sage means, literally.

The palm oil and the akara balls were meant to be in a symbiotic relationship mutually beneficial to both. In this case, the palm oil’s role was to provide an inner and outer covering for the akara by coating the outside and soaking the inside with its lustrous brilliance. In return, the akara was meant to give the palm oil a vast territory to expand, explore, and assimilate, allowing the palm oil to penetrate deep into its inside to soak it with oily richness.

As it turned out, the palm oil would not penetrate beyond the outer layer of the akara and the akara would not give access and free passage to the palm oil into its inside. The end result is an akara that is brown only on its outside surface while its inside remains white. Not only did both renege on their promises, they won’t even admit they failed. While akara acts like its inside is as brown as the outside full of the palm oil, the palm, puts on a show, pretending it has not only coated the outside of the akara, but has also filled the inside of as well.

Figuratively, this idiom describes two people, supposedly in a mutually beneficial relationship, who lie to, and deceive, each other, and both of whom are aware that the other partner is lying and deceptive but choose to pretend everything is honky dory. Whereas, one or both of the partners is failing to live up to their own end of the bargain in the relationship, they both shuck and jive, faking it along, as though they are each living the dream and the relationship, the best thing that has ever happened to mankind since slice bread.

Such is the case with the relationship between the people of Nigeria and the men and women they choose to rule over them.

In the governance of the affairs of their nation, the Nigerian people and their chosen leaders entered into a symbiotic relationship that was meant to be mutually beneficial. In their betrothal, they promised each other heaven on earth. Believing the love for each other was so deep and has no end, they thought they have no need for a prenuptial.

On the wedding day sixty years ago, and every four years ever since, those elected to lead are made to swear an oath;

On their part, the Nigerian people, at every opportune time, make the following vow;

I pledge to Nigeria my country.
To be faithful, loyal and honest.
To serve Nigeria with all my strength.
To defend her unity, and uphold her honour and glory.
So help me God.

The Nigeria ruling elites have habitually acted in their own self-interest without slightest consideration for the sovereignty, integrity, solidarity, well-being and prosperity of the Federal Republic of Nigeria. In all circumstances, they fail to do right by the people. They are lawless and selectively shower favor and affection upon the undeserving and disproportionately harbor ill-will towards the deserving.  Those who hold power in Nigeria have nothing but disdain for the Constitution from which their power derives.

Likewise, the Nigerian people, by their deeds and actions, fail to live up to the promises made to the country and the leaders they have chosen. Few Nigerians have invested an ounce of strength in patriotic service to the nation. Their incessant expression of tribal sentiments leaves the bond of unity of Nigeria frail and weakened, and their easy preference for regional fealty strips Nigeria of her glory. By presenting and electing the same group of unfaithful men and women to power in every election, the Nigerian masses have been disloyal and unfaithful to the fatherland. For failing to hold these leaders accountable, the people of Nigeria have dishonored their homeland.

The relationship that was meant to be of mutual benefit has left the leaders permanently corrupted and the people morally damaged and mortally wounded. Yet, like the ostrich whose head is buried in the sand, Nigerians and their elected leaders ignore the tenuousness of their situation. Lost in self-denial and self-delusion, the people continue to pretend as though the next election will fix whatever it is that ails the nation.

Nigerians and their rulers live in a paradise of fools. It is an insanity that the Psychiatrists call Folie a Deux i.e. madness shared by two people. I wish Grandma were still alive, she would probably have known the cure for it.