GOD WARNS THE CHURCH IN NIGERIA 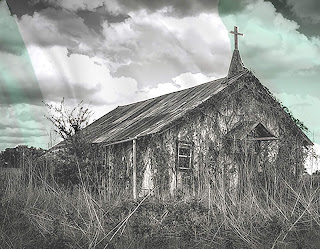 In 705 BC, the people of the Northern Kingdom of Israel had become apostates who engaged in all kinds of wickedness, wantonness and idolatry. So, God allowed the army of the Assyrians to overtake and destroy the land. Fifteen years later, in 720 BC, the people of Judah (the Southern Kingdom), who had hitherto lived in the fear of the Almighty God, had now taken to the same evil and depravity and had gone the way of the Northern Kingdom. So, God sent Isaiah to warn them of the coming doom that will overtake them.

Repeatedly, Isaiah engaged the leaders and elders of the people in dialogue, pleading with, and cajoling, them to return to the LORD. On many occasions, he reasoned with the leaders calling them to repentance. Like a broken record, he reminded them of the goodness and mercy of God.

As I read, the state of the Nigeria Church and its leaders comes to mind. The Bishops and General Overseers mock and deride those whom God has sent to admonish them of their evil ways. The bearers of God’s message are often ordinary people who carry no title and have no influence. As a result, the men of God looked down on them with scorn. Puffed up in self-conceit, the big men of the Nigeria church would not accept the simplicity of God’s warning. The leaders of the people are so drunken in the power of their influence and are covered from head to toe in the vomit of their waywardness. Reeking of pride and arrogance, they look at those rebuking them and say,

"Who are you to talk to us, and what do you know, about God's warning? Which church do you pastor? What's the size of your congregation and offering at the Sunday service? How many books have you written and how many people buy them?"

Below is the typical exchange between the bearer of God’s rebuke and the big men of God. This is Isaiah 28:1-15 (Message Bible) as it speaks to the situation of the Church of God in Nigeria.

ISAIAH: “Doom to the pretentious drunks of the Church in Nigeria. Shabby and washed out and seedy. Tipsy, sloppy-fat, beer-bellied parodies of a proud and handsome past. Watch closely: God has someone picked out, someone tough and strong to flatten you. Like a hailstorm, like a hurricane, like a flash flood, one-handed he’ll throw you to the ground. Nigeria, the party hat on the head of the leaders of the Church will be knocked off with one blow. It will disappear quicker than a piece of meat tossed to a dog.

At that time, God-of-the-Angel-Armies will be the beautiful crown on the head of what’s left of His Church. Energy and insights of justice to those who guide and decide, strength and prowess to those who guard and protect.

ISAIAH: But that’s exactly how you will be addressed. God will speak to this people in baby talk, one syllable at a time – and he’ll do it through foreign oppressors. He said before, “This is the time and place to rest, to give rest to the weary. This is the place to lay down your burden.” But they won’t listen. So, God will start over with the simple basics and address them in baby talk, one syllable at a time – “Da, da, da, da, blah, blah, blah, blah. That’s a good little girl, that’s a good little boy.” And like toddlers, they will get up and fall down, get bruised and confused and lost.

ISAIAH: Now listen to God’s Message, you scoffers, you who rule this people in Nigeria. You say, “We’ve taken out good life insurance. We’ve hedged all our bets, covered all our bases. No disaster can touch us. We’ve thought of everything. We’re advised by the experts. We’re set.”

Such is the recalcitrance of the leaders of the Nigeria Church until the day God speaks to them in the language of people they don't understand and His judgement descends upon the House of faith.