YOU ARE AN ADDICT, AND I CAN PROVE IT 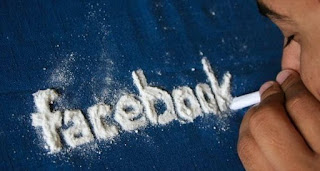 By a share stroke of luck, and persistent prowling of the world wide web, I came across a Latin myth that tells the story of a slave who, having been set free by his master and completely released from his life of indenture servitude, had become so used to, and comfortable with, his chains that he went about roaming the earth with his chains still intact. Instead of taking off his unlocked chains and be completely free of them, he chose to wander about bound in his chains of slavery.

Addictus was the name of the slave in the mythical tale. From that name came the word “Addict”. The Romans would go on to codify the word “Addiction” into their legal proceedings to mean someone who became enslaved through a court ruling.

Junkies are often looked upon with contempt. It is not unusual for people to derisively dismiss those battling one form of addiction or the other as morally flawed lowlifes with the spine of a cockroach. This cavalier attitude is not just wrong, it is borne out of profound ignorance of the historical etymology and pathological mechanism of addiction.

Addiction is a hijacker; it hijacks the brain. The Romans, in a way, understood this fact. To them, an addict is a slave. In fact, the word “Addict” literarily means to be “bound to” or "enslaved by” something. Thus, to be an addict is to be bound or enslaved. And by that definition, we are all walking talking junkies.

Besides alcohol, nicotine, drugs, and the other more obvious addictive substances, there are many otherwise innocuous objects to which addiction can be easily formed. For instance, in an attempt to make our lives easier to live we humans have invented devices of convenience that have now become our slave masters. The modern world is ruled by gadgets and machines of all sorts, and each one of us is bound to, and enslaved by, one or more of them. For many, without these devices, life would practically ground to a halt. Like Addictus in the Latin myth, we have become so accustomed to our devices, and have found so much comfort in our machines, that it is nearly impossible to let them go.

We are lost without our gadgets. Deprived of their use, life becomes an instantaneous misery. If lost or taken from us without consent severe withdrawal symptoms ensue. These devices keep us current (Washington Post), give us direction (Waze), transport us (Uber/Lyft), manage our finances (Mobile Banking), entertain us (Netflix), feed us (Grub hub), and Clothe us (Amazon). For many of us, it is through these devices that we make the most tangible connection with the world beyond ourselves.

The following statistics show the extent of addiction to our various gadgets and devices.

The average person checks their mobile device about 30 times a day, spending as much as 4 hours. Across all social media platforms, people spend the following amount of time on a daily basis:

Cumulatively, this adds up for a total of 5 years and 4 months spent on social media across a lifetime (Source: Mediakix.com).

The root cause of all addictions is pleasure seeking. The brain registers all pleasures in the same way, whether they originate with a psychoactive drug, a monetary reward, a sexual encounter, or a satisfying meal. In the brain, pleasure has a distinct signature: the release of the neurotransmitter (brain chemical) dopamine. Dopamine release is so consistently tied with pleasure that neuroscientists refer to the region as the brain's pleasure center (Harvard Mental Health Letter article titled, “How Addiction Hijacks the Brain).

Our addiction to the devices is also rooted in pleasure seeking. The rush of dopamine is what drives the fixation to our gadgets. Like the junkie looking for the next fix, we can’t help our cravings for our smartphones. Consumed with the anticipated pleasure derived from it, we constantly reach out for our device at the most inopportune times. After a few seconds wait in line at the post office, there is the urge to pull out the device and check the WhatsApp message. At that critical merger meeting, with billions of dollars of investors fortunes at stake, the ping of a new Facebook message cannot wait to be read. Midway through lunch, out comes the device to check what's trending on Twitter. Traveling in rush hour traffic with crazy drivers all around, there is an overpowering itch to pick up the phone to see what's on the news. In the restroom ready to take a dump, there is no stopping us from a quick trip to the device to tweet to the world we are letting loose the byproduct of our gluttony. Even at Church when we are supposed to be communing with our Maker, the pull of our device is too strong a force to resist the urge to check the scores of last night’s game. Many become restless, fidgety, and irritable when they are without their devices even for a few minutes.

The human brain is not meant to handle the level of dopamine that is pumped out into our circulation with every rush that precedes the reach for our gadgets. Ultimately, our mental well-being is bound to be compromised and run the risk of shutting down. Multiple research studies have shown the correlation between time spent on social media and negative body image, eating and sleep disorder; the longer time spent, the worse the negative effect. Anxiety, depression, feelings of unhappiness, loneliness and isolation, lower self-esteem and suicidal tendencies have all been associated with the prolonged stay on social media platforms.

In a study of 143 undergraduates at the University of Pennsylvania who were randomly assigned to either limit their Facebook, Instagram, and Snapchat use to 10 minutes, per platform, per day, or to use social medial as usual for 3 weeks, the researchers found that limiting social media use to approximately 30 minutes per day may lead to significant improvement in well-being (Melisa G. Hunt, et al Journal of Social and Clinical Psychology, 2018). In a follow up statement, the study author added, “Using less social media than you normally would leads to significant decreases in both depression and loneliness. These effects are particularly pronounced for folks who were more depressed when they came into the study.”

With this much associated risks and detrimental effects, the logical thing to do is to pack the device and give it a break. After learning of the mental health downside of prolonged use of social media, immediate cut down on time spent on these platforms is what any reasonable person would do. Most people, upon hearing these horror stories, would take a social media holiday for the sake of their mental well-being. Limiting time with our devices has being equated to good mental hygiene – it's like brushing our digital teeth (Melanie Curtin, Inc.com).

The problem, though, is that junkies do not reason like regular people. Addiction robs people of their reasoning faculty. When you are hooked, it is hard to get off the hook.

Some reading this are probably saying, “This doesn’t apply to me at all.” That's alright, you don’t have to take my word for it. All you have to do is prove me wrong. Put down that device for just 1 day and we shall see whether or not you are the Addictus of our time.