THE ONE THING WE HAVE IN COMMON 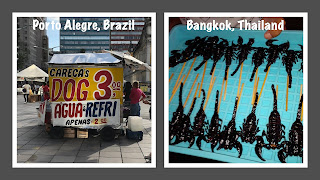 Ethnologue, published by SIL (aka Summer Institute of Languages), is considered the most authoritative catalogue of world’s languages. By their latest count, there are over 7,111 distinct languages spoken by the world’s 7.7 billion people. In Nigeria alone, there are 525 individual listed languages.

With so many different languages and diverse cultures, it is impossible, when we look at the world, not to focus only on the differences that exist within the human race. As is so often the case, the gulf that separates us looms larger than the bridge that connects us. There is always the tendency to magnify the otherness and minimize the likeness that can be found in one another.

When we focus on the otherness, the image we see appears strange to us. This strangeness creates fear in us. The fear in us often generates distrust of, and hostility towards, the strange object of our fear. This is often the origin of many wars.

Despite our obvious differences, we all share a whole lot in common than we realize. Certainly, we may sound Greek to each other, and our cultures couldn’t be more different. It is true we may never agree on what we consider food suitable for human consumption; the Brazilians will continue to relish the Careca’s dog, and toasted scorpion will forever be a delicacy in Thailand.

Whatever the differences there are between us, when you drill down to the most basal elements of human experience, we are all very much alike. Regardless of race, tribe and ethnicity, all humans are a bundle of needs and a pack of desires. Deep down, people everywhere are wired with fundamental necessities that are quite similar. The need for food and shelter cuts across boundaries. None of us wants to be a slave of anyone. We each want to be left alone to live our lives as we choose. Self-determination is important to all. Notwithstanding the cultural diversities, the pursuit of happiness is a daily endeavor common to all.

Among all of the things we share in common, however, none is greater than the yearning to be part of Something (or Someone) bigger than ourselves. From the farthest regions of the far east to the remotest parts of the far west, the craving to be connected to a bigger whole is the most common and most important need we all share. And it is most the powerful of all human needs. Without this coupling with a bigger whole, every waking moment becomes a meaningless motion to nowhere. It is in this connectedness that many find purpose.

Such a diverse country as Nigeria, with its 525 recognized languages, is ground zero for this conflict between differences and likeness between people. The inability, and sometimes unwillingness, of the people to listen and hear one another is a perennial challenge. The leaders, by exploiting the diversity for selfish gains, have not helped matters either. A lot more energy is expended widening the gaps of differences among us rather building the bridges of likeness that we all share.

For the country to have peace, the people will have to embrace the existing differences, and for the nation to reap the benefits of its many cultures, Nigerians must learn to celebrate their rich cultural diversity. The only way this will happen is when Nigerians realize that what unites them matters more than what separates them. Until the people yearn to be part of something greater than the individual ethnic and tribal affiliations, Nigeria will continue to wage a war against itself. And we know that a nation divided against itself cannot stand.