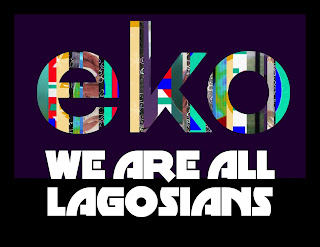 This article was originally written and published on August 20, 2013 in response to the proposal for the indigenization of Lagos State by the administration of Governor Babatunde Raji Fashola. More than 5 years later, the article remains very relevant, as the divisive and boneheaded issues that necessitated the article 5 years ago have once again reared their ugly head at the cynical instigation of crass and opportunistic politicians who would not refrain from exploiting the deep seated fissures in our country's tenuous unity and continually fan into flame the embers of sectoral grievances that have plagued our country since independence.

That was a quote from a June 26, 1963 speech, by United States President J.F. Kennedy in West Berlin. He was declaring the support of the United States for the people of West Berlin, after the then Soviet Union erected the Berlin wall to prevent the mass emigration of East Germans to West Germany.

That quote comes to mind today as I reflect on some of the news coming out of Lagos.

As I understand it, the Lagos State Government is considering a plan to “indigenize” Lagos. The Lagos State Assembly I’m told, is deliberating on a new bill, the “Indigenization Bill”. The bill, if passed, stipulates that only citizen of the country who has lived in an area for 10 years or more can claim to be an indigene of that area.

And I thought I have seen it all.

This doesn’t make sense to me at all, and I’m scratching my head for answers. Am I missing something here, people? Since when did individual states in Nigeria take on the role of conferring “citizenship”? Has the Nigerian constitution been amended? Do states now have that type of autonomy in Nigeria?

The ethnic diversity of Lagos State is something that used to make me proud. The openness of Lagos gave me hope that Nigeria will, one day, be a nation where we are all tribal/ethnic blind. It is the only state in Nigeria where the content of a man’s character matters more than the dialect he speaks, or the tribal marks on his cheeks. A land of opportunity where, if you are creative enough and work hard enough, you are sure to reap the reward of the land unhindered.

“Eko Ile” – a home to everyone, regardless of their ethnic background; a home away from home. "Eko for show" –showcasing its inclusiveness and uniqueness. Isn’t it the same Lagos where an Ibo man was appointed a State Commissioner?

What changed? Why now? What is the meaning of this? Why destroy the reputation of this great State? Have these folks thought through the ramifications of this proposed bill?

So, the Bill is passed, and then what? Would non-Lagos indigenes now require an entry visa to Lagos? As a non-indigene, would I be disenfranchised – denied the fundamental right to vote in local, state and national elections? Would I, as a non-indigene, be required to carry on me at all times, and ready to show to the police upon request, my “resident permit” or “visitor permit”? Would non-indigenes pay higher school fees than indigenes? Would I be required to pay business taxes at a higher rate than the indigenes? If I break the law, will I be deported back to my State? Would I become an illegal alien if I don't have a valid visa to visit or live in Lagos?

The Indigenization bill is a dumb idea. It is a dangerous precedent – a Pandora's box that should rather be left untouched and unopened. The bill should not pass. It is an assault on the peoples from the East, North, South, and West, who toiled, night and day – some even paid the ultimate price – to make Lagos what it is today. This law, if passed, is a stain on the collective moral consciousness of all Lagosians. It is an affront on the memory of men and women who sacrificed to make Lagos a home for all. The law is another corrosive element that'll only eat away the rather tenuous cord of unity that binds the Nigeria nation together.

And so I declare today, “Ich bin ein Lagosian!!! We are all Lagosian!!!