DO YOU SPEAK ENGLISH? 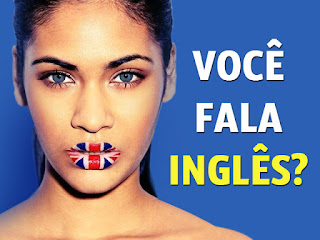 Going on a trip to a foreign country with a foreign tongue that you don’t speak is like stepping out of your house without a single piece of clothing on your back. You feel naked, embarrassed and frustrated very quickly, especially at the way people look at you funny, and you can’t wait to get back home. When you are planning a trip to a place where English is not the official language, don’t assume that everyone you meet there will understand and/or speak English. Such an assumption may come back and bite you big time.

Leading up to such a foreign trip, it’s always wise to arm yourself with a few common words that’ll allow you to communicate what you want and where you are going. You don’t need to have a Ph.D. in the foreign language in order to survive the trip. All it takes to get by are just a few simple words.

At a minimum, learning the following words will do you a world of good:

Hello (Olá)
While it’s always a polite thing to say, “hello,” doing so in the language of the person you are greeting carries with it additional advantages. In my travel experience, I have come to learn that most people are very proud of their language. To most people, language is a cultural heritage that must be valued, and occasional protected.

When you are in a foreign place and the people there see you, a foreigner, making an attempt to speak their language, you quickly find yourself in their good graces. You may be speaking the language with a very bad accent and what you are saying may not make sense most of the time, still they’ll appreciate the effort and will go the extra mile for you.

This is particular true with the French. They expect you, when you come to France, to speak French. To ask a French man, in France, whether he speaks English is considered an insult. He’d likely tell you he doesn’t, even if he is as fluent as – or more fluent than – you in the English language.

What is your Name (Qual é o seu Nome)?
Just as important as speaking in their foreign language is to ask someone their name. Dale Carnegie said, “A person’s name is to him or her the sweetest and most important sound in any language.” A person’s name is the greatest connection to their own identity and individuality. Some might say it is the most important word in the world to that person (Joyce E.A. Russell).

To ask someone their name is like shining on them the spotlight of recognition, giving them attention and showing them respect. By inquiring about their name, you are telling them they matter, they are important, and you want to connect with them. Now, asking the name in their language is like adding icing to an already delicious cake.

What’s in this Food (O que há nessa Comida)?
Synonymous with both the language a people speak and the food they eat is the tongue. The foreignness of a tongue is as much in the language as it is in the food of the people.

Different cultures consider different things as food. If you don’t want to end up eating dog or the entrails of a snake, you better know how to ask what the food you are served is made with. Having a forehand knowledge of the culinary preferences of the place you are visiting may be the difference between you spending your vacation days inside sitting on the WC or outside seeping piña colada on the sandy beach.

How Much Does It Cost (Quanto Custa Isso)?
Scoundrels are found everywhere, and there’s no country that does not have its own fair share of bad apples. Tourists are particularly soft and convenient target of swindlers, and the predators can smell their prey from miles away.

If you do not want to get fleeced and end up a victim of con artists, you must know how to ask what an item costs. In addition, make sure you know the various denominations of the country’s currency, and count your change every time.

I’m Going to Terminal One (Eu Vou ao Terminal Um)
When you are running behind to catch a flight and the chance you may not make it on time is pretty high, your margin of error for getting the airport terminal and airline information wrong is pretty small.

The importance of knowing how to communicate to the guy taking you to the airport which terminal you are going and which airline you are traveling with, was one that almost cost me a 24-hour delay on my recent trip to Brazil.

The first leg of my flight out of the country was in 2 hours, and the drive to the airport would take nothing less than 45 minutes, when I got into the back of the Uber that I had called. Even before I got into the taxi, the Uber driver – friendly fellow that he was – tried chatting me up, speaking of course in Portuguese. You could see the disappointment on his face when I told him, “Eu não falo Português,” – (“I don’t speak Portuguese”) – in my broken Portuguese. The rest of the trip to the airport was done in silence with both of us lost in, probably, the same thought; him thinking, “What sort of man doesn’t speak Portuguese,” and me wondering, “There must be something wrong with a man who doesn’t speak English.”

As we approached the airport, suddenly the Uber driver turned to me and started talking in Portuguese and gesticulating. When he saw the blank look on my face, he resorted to hand signals that I understood to mean flying. I was confused and thought, of course, I’m going to catch a flight, isn’t that why we are on the way to the airport. After several attempts at making me understand what he was trying to tell me, the man gave up in frustration.

A few minutes later, and we are now much closer to the airport and about to take the airport exit, it suddenly dawned on me. The Uber driver didn’t know the airline I was traveling with and neither did he know the terminal he should take me to. It occurred to me it must be what he was trying to ask me in Portuguese. Relief and joy spread across the man’s face when I told him the name of the airline and the airport terminal. “Sim, sim!” He yelled, grinning from ear to ear.

The Uber driver and I parted ways on a friendly note and a firm handshake, and the entire trip pretty much went without any remarkable and earth shattering incidence. Nevertheless, knowing how close a call to a disaster it was, and understanding I may not be so lucky next time, I have learned to never again go into a foreign country asking, “Você fala inglês?”