NIGERIA: THE PARADOX OF PLENTY (PART I) 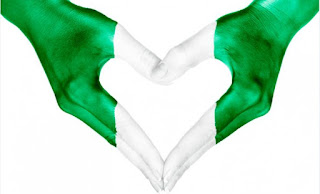 Nigeria is, without question, a nation endowed by the Almighty God in a way few other countries can ever boast. One hundred and ninety (190) million strong (nearly 47 percent of the West African population), two hundred and fifty (250) culturally rich ethnicities and languages, expansive tropical rainforest literarily bursting at the seams with wildlife and diverse natural resources, ocean, rivers, and creeks teaming with fish and life, and oil and natural gas reserves that are the largest on the African continent. Indeed, Nigeria is a land flowing with milk and honey.

Despite this abundance of the essential ingredients of greatness, Nigeria continues to wallow in the fallow ground of smallness as though weighed down by the sheer magnitude of her blessedness. Instead of a people suckling nourishment at the ever-milky breasts of a richly endowed motherland, the sons and daughters of Nigeria are left to scavenge the dunghills for sustenance, and to forage the wastelands for their livelihood. The Nigerian people contend daily with a fifty-five year history of stunted economic growth that is marked by intense poverty and inequality, beyond poor standard of living, structurally deficient infrastructure services, a health care system characterized by its inaccessibility, unaffordability, and stone-age quality, an education system that churns out uneducated illiterates, and a political system infested with thieves, thugs, and goofballs.

How can a nation be this richly endowed and yet turn out to be this poor? To which potent oracle do we take oblation, in order to seek a revelation of the Nigerian mystery? Is there a computer program that can decode this anomaly?

The answer to the burning question – the ever so nagging and vexing question – as to why there is such a deeply rooted and extremely debilitating impoverishment in the midst of so much wealth and abundance, is not too far-fetched after all. The phenomenon is referred to as the “resource curse” or the “paradox of plenty”. In economics, it is also known as the “Dutch Disease”, a term which was first coined in 1977 by the Economist magazine. It describes the surge in revenue and influx of foreign exchange into a nation that follows the export of non-renewable natural resources like oil. This influx of foreign exchange results in an appreciation in value of the nation’s currency. The increased currency value makes the export of agriculture and manufacturing more expensive and therefore less competitive.

Sunday, January 15, 1956, is a date that should be forever etched in the memory of every Nigerian. On that fateful day Nigeria caught the Dutch Disease, and the men that brought it to us came all the way from the land of the Dutch. The day marked the discovery of the oilfield at Oloibiri by the Dutch oil company, Shell D’Arcy, the first Shell Company in Nigeria. Within a couple of years of the Nigerian people contracting the infection, the disease sank its roots deep into the soul of the nation. Like a raging wildfire, its intoxicating influence spreads over the land, corrupting every heart and mind it touches. According to the World Bank, as of today, oil accounts for close to 90% of exports and roughly 75% of Nigeria’s consolidated budgetary revenues. This is a complete reversal from the pre-independence era, when cocoa import accounted for 90% of the nation’s revenue.

As it’s the case with countries infected with the Dutch Disease, it was all very honky dory at the very beginning. Nigeria was awash in a deluge of wealth. The blustering wind of the rapid influx of the petrodollar unfurled the sail of the boat of the Nigerian economy, propelling it forward at warped speed. The ship of the Nigerian government was carried to unprecedented heights in a torrential flood of revenue generated from the sale of the Black Gold that poured into the nation’s coffers. The overnight wealth transformed Nigeria from the stature of a midget of the Niger Area into that of the Giant of Africa. So flushed with wealth was Nigeria that General Yakubu Gowon, the then military Head of State, declared to the world that, "Nigeria has only one problem, and it is how to spend the money we have."

To prove that point, the Nigerian government set out on a grandiose display of national profligacy. It embarked on an unprecedented spending spree that broke all the records in the Guinness book of records and remains unmatched till today. The spendthrift Nigerian government went on to pay the salaries of workers in other West African countries. Importation of goods and products into the country went through the roof. Such was the boom in the issuance of import license certificates that Nigerians, suffused with petrodollars, imported anything and everything that could fit into the cargo hold a ship or an airplane. From sand to stones to snow removers, just name it, Nigerians imported them all.

Between January 15 and February 12, 1977, Nigeria, under the military dictatorship of General Olusegun Obasanjo, hosted the Second, and the very last, World Black Festival of Arts and Culture (aka FESTAC). The event attracted more than 15,000 participants, from over 50 countries. It was an extraordinary display of the how to burn the wealth of a nation. For one month, the Nigerian government, as it were, invited the demons and minions of all nations to feast on the Nigerian economy, in the process sucking the very essence of life out of it.

Students attended universities virtually free of charge; the Nigerian government paid the tuition. Meals at the university cafeteria were highly subsidized and in certain instances food were served free of charge. Kids who left high school for universities, all skinny and gaunt, with hollowed cheeks and pants falling off their waists, would return to their high school a few months later with chubby cheeks and waist line the size of the equator, having been fed on Nigerian government largesse.

In those days, the university educated Nigerian didn’t have to worry about what to do after earning their academic degrees. Well before graduation, limitless employment opportunities are all lined…waiting and beckoning. These were jobs that not only paid well, the employment package included benefits such as fully furnished apartments with house-help, chauffeured vehicles, housing loan, car loan, disability benefit, pension, etc.

That was the Nigeria’s version of the Gilded Age. It was an era of glam and glitz on the outside, masking a deep rot and decay on the inside.

Predictably, the full-blown manifestation of the disease that afflicted the nation soon began to manifest and take effect. Little by little, the toxic fumes from oil exploration began to stifle life out of every other sector of the Nigerian economy. The groundnut pyramids of Northern Nigeria, once a tourist attraction, a cynosure of all eyes, and a symbol of economic prowess, crumbled. The palm trees of the Midwest withered, and their flow of palm oil dried up. The cocoa plantations of the southwest, once the pillar of the Nigerian economy, which accounted for 90% of pre-independence export and foreign exchange earnings, gradually shriveled, and cocoa farmers went into extinction.

In the midst of the gross mismanagement of the national wealth, corruption and nepotism gradually and subtly burrowed themselves deep into the recesses of the soul of Nigerians. The period of wanton waste led to the institutionalization of corruption in the country. New words, such as “settlement”, “cola”, “4 percent”, “419” etc. would soon be engraved in the Nigerian lexicon, to describe corruption and corrupt practices. Nigerian leaders, in collusion with foreign nationals of the oil companies, looted the national treasury and drained the country’s wealth to line their own pockets. These men and women, in military and civilian attires, were very much like rats that ate off the national cake.

The infestation and the feeding habits of these rats compromised the structural integrity of the Nigerian economy, which ultimately led to the great economic collapse of the 1980s.